Fox News’ Tucker Carlson opened his show tonight by tearing into Media Matters, the site that posted the clips from his multiple radio appearances with Bubba the Love Sponge.

A defiant Carlson opened his show Monday night railing against the liberal mob. Tonight he narrowed his focus to Media Matters and other cable news networks.

He said Media Matters tries to “punish critics of the Democratic party” and that plenty of people in the media love them and what they do. One such person he brought up was Brian Stelter, whom Carlson called “the house eunuch at CNN.”

Oh, and this happened: 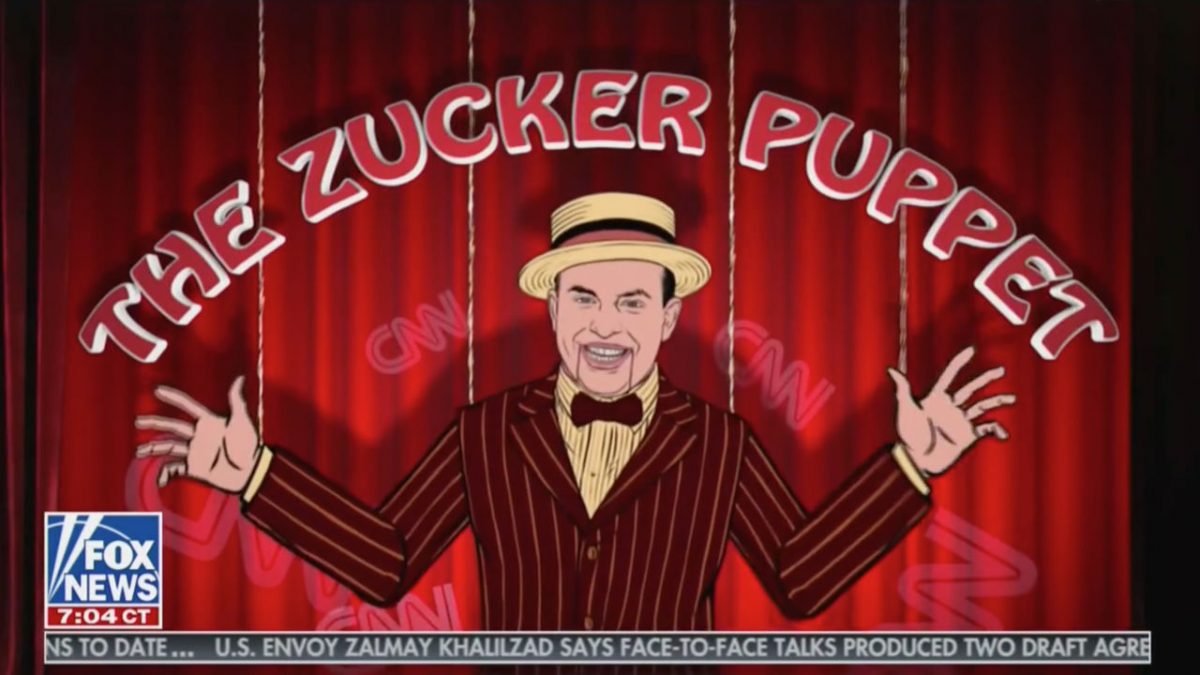 That set up a clip of Stelter saying “a lot of what Fox does in primetime is resentment television” and criticizing the rhetoric and lack of decency coming from some hosts.

“‘It’s about decency!’ cries the eunuch!” Carlson mockingly said. “‘We must have decency!’ By which the eunuch means, ‘Less disobeying, more obedience.'”

“This is the face of state media,” he continued. “‘Why does Fox even exist?’ they wonder. ‘We’ve got 11 other perfectly good cable channels, all of them approved by management and obedient to the people in charge. How could anybody watch something different? Fox can’t be legitimate! They must be lying! Their viewers must be stupid!'”

At one point, in speaking with Dave Rubin, Carlson said he has no interest in apologizing to Media Matters. Carlson also spoke with a former White House counsel C. Boyden Gray, who believes that Media Matters has violated and should lose its tax-exempt status.

You can watch Carlson’s monologue above, via Fox News.