WATCH: Pelosi Signs Article of Impeachment Against Trump — Next to Lectern Rioter Tried to Steal

Speaker of the House Nancy Pelosi (D-CA) officially signed the single Article of Impeachment against President Donald Trump on Wednesday — with the Speaker’s Office lectern that a rioter attempted to steal during last week’s insurrection at the Capitol standing in the background.

One of the most viral photos from the riots showed a grinning Adam Christian Johnson wearing a “TRUMP” snow hat and carrying the lectern through the Capitol rotunda. Johnson, a 36-year-old stay-at-home father of five, lives near Tampa, Florida and was arrested and booked into the Pinellas County Jail. 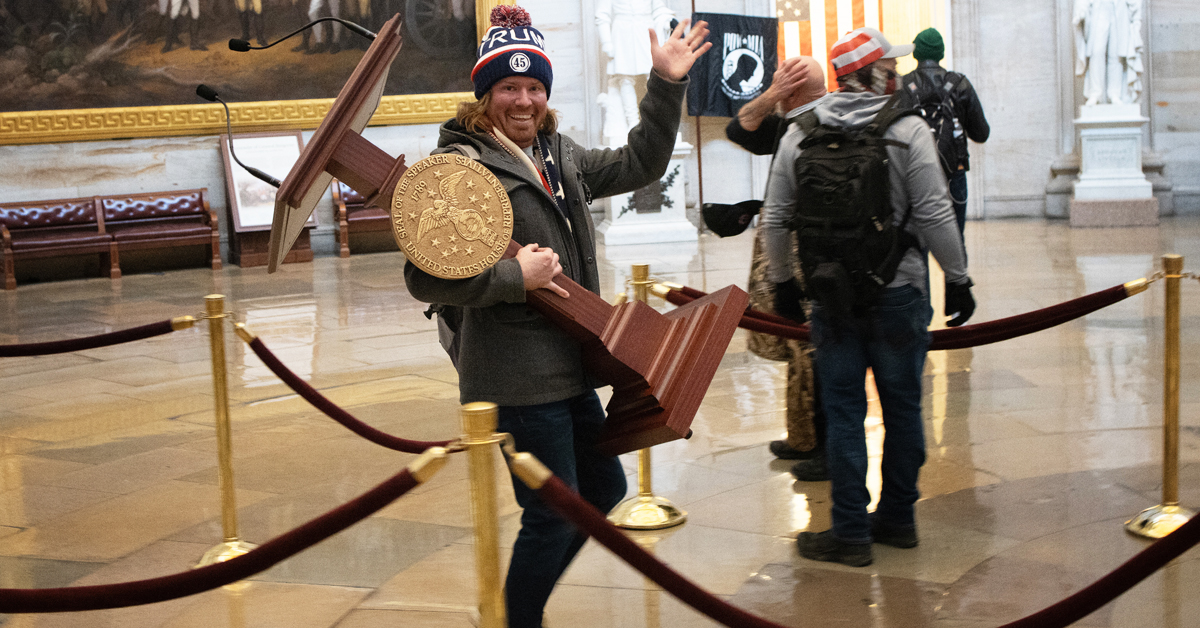 Before the press conference began, media reports showed photo and video footage of the lectern positioned in the room and confirmed its history.

“Today in a bipartisan way the House demonstrated that no one is above the law, not even the President of the United States,” Pelosi continued. “That Donald Trump is a clear and present danger to our country and that once again we honor that oath of office to protect and defend the Constitution of the United States, so help us God. And now I sadly, and with a heart broken over what this means to our country, of a president who would incite insurrection, will sign the engrossment of the Article of Impeachment.”

As CNN’s Wolf Blitzer noted, Pelosi’s signature makes the impeachment official, certifying the House vote that had recently concluded, with 232 members — including 10 Republicans — voting to impeach and 197 voting against.

The Article of Impeachment for Incitement of Insurrection will now be sent to the Senate for a trial.