Is Golf the Hidden Key to Understanding the Trump-Russia Connection?
Opinion

Is Golf the Hidden Key to Understanding the Trump-Russia Connection? 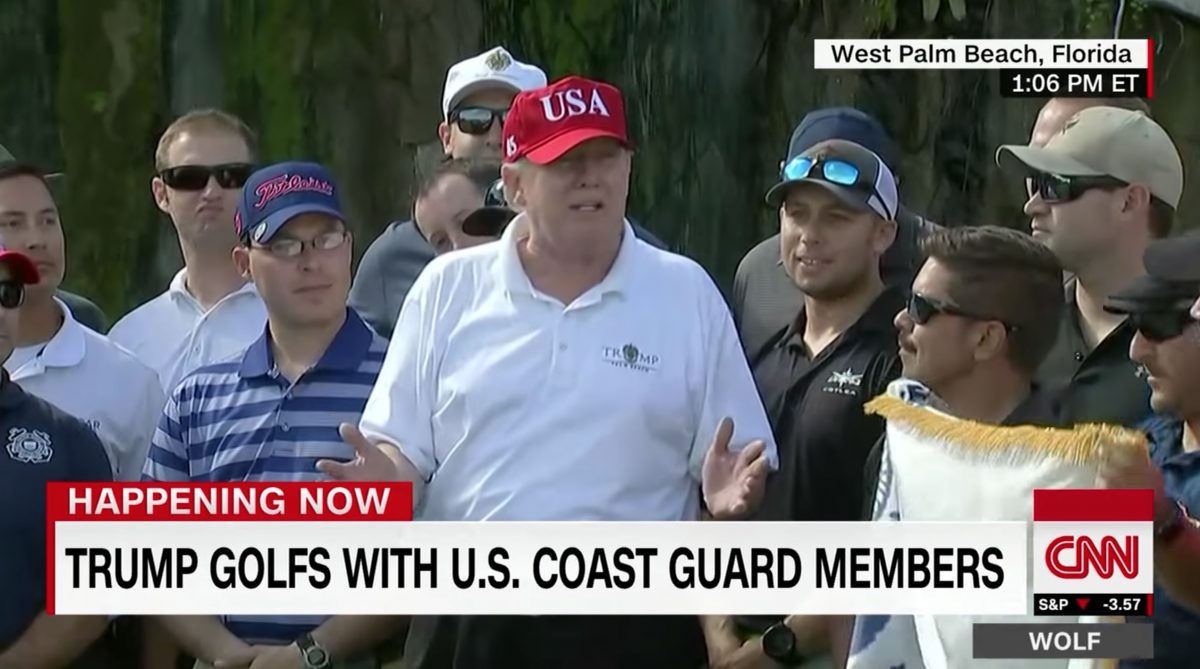 It is amazing that, with all of the billions of media words spent covering Donald Trump in the last three years, issues regarding his finances are still largely under-reported. Considering that Trump’s entire (fake) persona was created based on the perception of his wealth, this is tantamount to the media rarely bothering to mention Facebook in relation to Mark Zuckerberg, or the Super Bowl in connection to Tom Brady.

Heck, we recently learned that Trump’s original admission into the prestigious “Fortune 400” list of richest people was based on a total fraud, and no one in the media seemed to care very much.

Part of this omission by the media is that, by design and probably for good reason, Trump hides his financial information like a late-blooming high school boy wearing swim trunks in the showers after gym class. Since he doesn’t even release his taxes as president, even after having promised to do so, it is difficult for the media get deeply into the issue without much reliable data (however, I will never understand why the media has essentially waved the white flag on the tax return issue and allowed Trump to get away to this audacious scam without much, if any, penalty).

So when The Washington Post ran an extensive piece this past weekend on how Trump, “The King of Debt,” suddenly dramatically changed his buying strategy just a few years before running for president, it immediately caught my interest.

You see, my father was directly involved in some very high-profile loans Trump took in the late 1980s just before the future president’s world collapsed in the early 1990s, with the banks finally deciding the nearly broke Trump was marginally more valuable to them “alive” than he was “dead.” Since then, it was always clear that Trump wasn’t really very rich, especially when it came to cash. So, being an avid golf fan, it was confusing when Trump was eventually able to go on an extensive buying spree of extremely valuable golf properties in the last years before his presidential run.

The Post story confirmed a lot of why I have been mystified. In 2012 and 2014, Trump spent exponentially more cash to purchase five major properties (four golf courses) than he has in any similar period in his entire life. This after the real estate market had somewhat recovered from the 2008 crash and during a time period when the future of golf, like that of its biggest star, Tiger Woods, was gloomy at best.

It isn’t just odd that Trump was suddenly spending tons his own money on golf courses. In at least two cases he was doing so on legendary golf entities, Doral and Turnberry, in a way which went directly against his normal modes operandi of cheaply buying distressed and/or no-name properties and then slapping the Trump label on them.

All of this begs the question: Where did he get this money, and why would he start spending loads of cash in a time frame when he had to at least be considering a run for the presidency, one which would require extreme liquidity?

According to the version Eric Trump gave to the Post it was all very simple. The Trump organization had been doing very well and they just decided to use some of the cash they had built up instead of taking out loans. However, according to rough estimates done by the Post, the numbers just do not add up, and neither does the logic.

For instance, the 2012 Doral purchase required a $125 million loan and $25 million in cash. And yet, in the heart of the presidential primaries, Trump somehow allowed the PGA Tour event which had been held there–in Florida, the biggest swing state there is–for over half a century to leave for, of all places, Mexico. If Trump was so flush with cash like Eric claimed to the Post, then why let that untimely embarrassment happen when probably five million dollars would have easily bought some time to save the cherished tournament?

There is another problem with Eric’s assertion to the Post about Trump having lots of cash because business had supposedly just been doing so darn well. It is contradicted by something he reportedly told a golf writer in 2014 about where the money for their golf projects was really coming from.

“Well, we don’t rely on American banks. We have all the funding we need out of Russia.” Eric Trump said. “Really?” the reporter responded. “Oh, yeah. We’ve got some guys that really, really love golf, and they’re really invested in our programs. We just go there all the time” replied Trump.

Now, at the time that story came out I was skeptical, as I have been of the entire “Russian Collusion” allegation. It sounded like it could have been made up by a relatively unknown writer to get media attention.

But then, a few months later, I heard this podcast with two very well-respected golf writers who not only have known Donald Trump for many years, but also kind of like him. At the 28:15 mark, you will hear a fascinating discussion of what they could not quite prove about Trump and Russia for their Sports Illustrated profile of him.

In short, they had found someone very close to Trump who has seen evidence that his purchase of Doral and Turnberry (which, along with the 2014 purchase of Doonbeg in Ireland, have all apparently been money losers) was funded by Russian money. If true, it would not only contradict Trump’s many statements claiming nothing like that has ever happened, but also explain why Trump suddenly started spending lots of cash on financially questionable transactions (it wasn’t really his money).

For me, this scenario would make a lot of these rather confusing puzzle pieces suddenly begin to fit quite nicely, and not necessarily in a way which ultimately creates an image of “Russian Collusion.” Perhaps Trump became beholden to Russian money in a way which he thought at the time was going to allow him to eventually make deals with Vladimir Putin, before his accidental presidency got in the way. He is now in an embarrassing situation where he feels like he must keep lying in order to cover up something that isn’t really, on its own, that big of a deal.

Or, perhaps the golf money was a key part of how Russia effectively purchased Trump.

Interestingly, one of the things you will learn if you listen to that golf podcast is that Robert Mueller is also an enthusiastic golfer and, not surprisingly, a far greater stickler for playing by the rules than Trump, a notorious cheater, is. If “Russian Collusion” was real, I am willing to bet heavily that Mueller knows a lot more about how golf played an important role in how it all happened, and that we have not heard the last of this topic.