John Delaney: Other Democrats Are Cheering For Recession to Hurt Trump
VIDEO 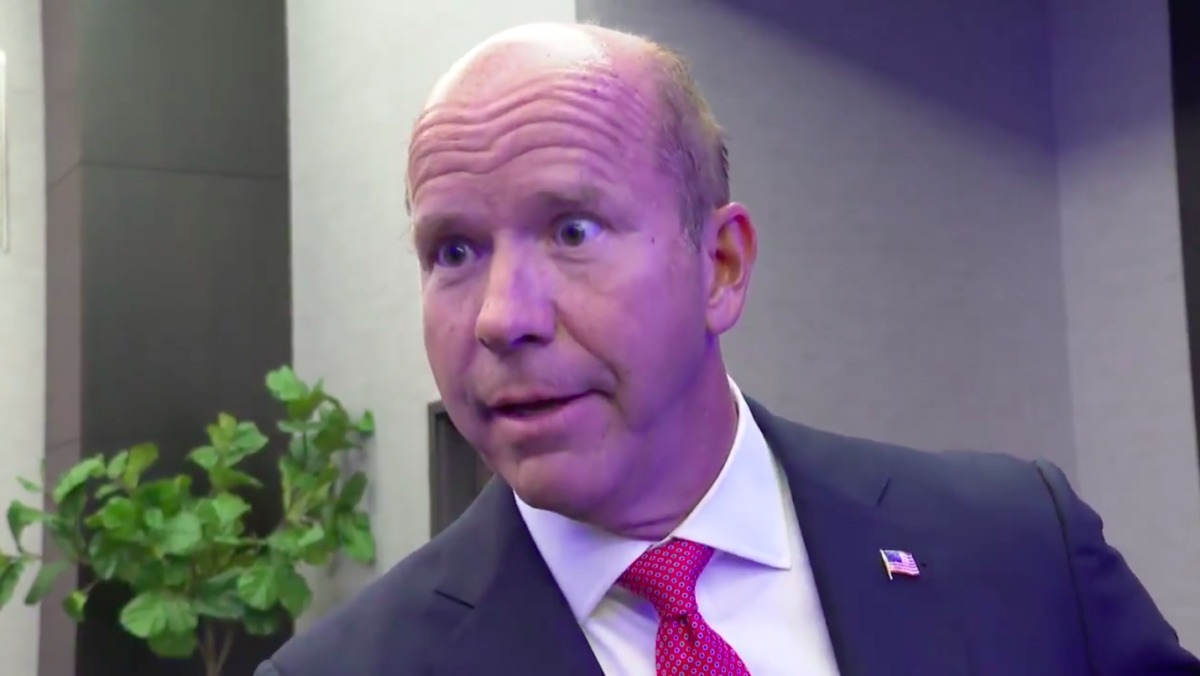 Presidential candidate and former Democratic lawmaker John Delaney accused other Democrats of “cheering on a recession” to hurt President Donald Trump on Wednesday.

After a reported asked the 2020 hopeful if he believes a recession is likely in the near future, Delaney replied, “I hope it’s not, you know, it feels like some Democrats are cheering on a recession because they want to stick it to Trump.”

Responding to a question from @ajjaffe on recession, John Delaney says “it feels like some Democrats are cheering on a recession because they want to stick it to Trump” pic.twitter.com/wIlEnW2w0W

After CNN’s DJ Judd asked Delaney which rival Democrats are cheerleading a recession, the former Maryland congressman declined to answer: “I’m not going to name names, but you just get a sense, like my position is very clear, which is I hope a recession doesn’t happen.”

“I believe Trump’s economic policies in many ways are fraudulent, right?” he continued. “He gave us a sugar high in spending and tax cuts, he didn’t make good investments and he got us in a trade war, so I believe that’s going to end very badly, and it’s going to be something the next president has to deal with. I hope that’s not going to happen, because I don’t want to be proven right at the expense of hardworking Americans.”

The CNN reporter also tweeted that Delaney denied making the accusation against other Democrats when pushed for specifics, even though the candidate’s recession comments were captured on video.

Rep. John Delaney spoke with reporters in Altoona, IA, where he told @ajjaffe, “it feels like some Democrats are cheering on a recession because they want to stick it to Trump.” When I pressed him if he thought some Democrats were hoping for a recession, said, “I didn’t say that” pic.twitter.com/wrmTlsfOHE

Delaney’s comments against fellow Democrats reflect his campaign’s focus on differentiating himself from candidates whose policies are to the left of his own moderate views.

During an MSNBC interview on Tuesday, Delaney — without naming names — tore into his rival progressive candidates for supposedly making a “bunch of impossible promises and fairy tale economics.”

“Trump’s economic model isn’t working. What my Democratic opponents are running on doesn’t make any sense,” he added. “We need real solutions for the issues that hard working Americans are dealing with.”