Sanders Adviser Nina Turner Admits Bernie Blew it at Black Women’s Forum: ‘I Don’t Know What Was Happening There’

Sanders Adviser Nina Turner Admits Bernie Blew it at Black Women’s Forum: ‘I Don’t Know What Was Happening There’ 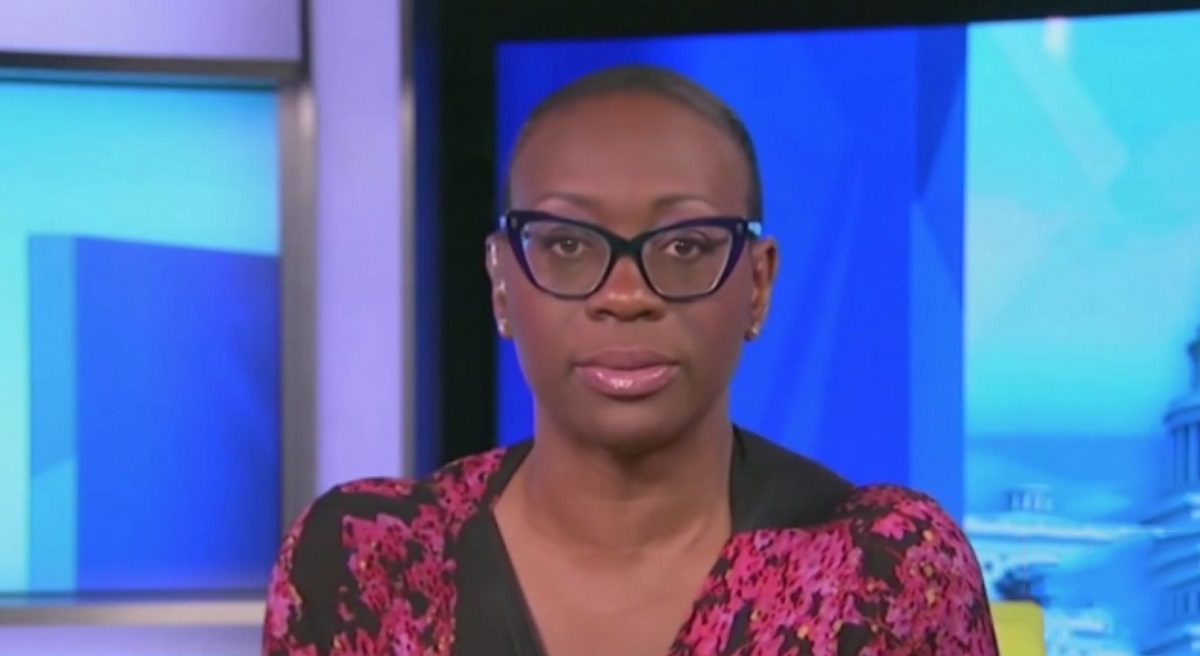 On Sunday morning’s edition of MSNBC’s AM Joy, host Joy Reid led a panel featuring Turner, former Sanders campaign adviser Marcus Ferrell, and MSNBC contributor Jason Johnson in a discussion of the forum, at which Sanders was booed and jeered repeatedly. Turner blasted the forum’s audience in a speech last week, but seemed more open to the criticism Sunday.

Reid described the scene at the forum, where Sanders whiffed on several questions asking for specifics, and asked Turner “Why is it that Senator Sanders, knowing he’s going to She the People which is a forum for women of color — he’s got you that he can talk to on his team — why wasn’t he prepared to give specific answers on issues important to black women?”

“And he has, Joy, and he does, and certainly I wish he had articulated those things in a deeper way,” Turner replied. “But certainly, when he is on the trail, often…”

“Or at all,” Reid interrupted. “I should say or at all, because he didn’t at all, not even in a deeper way, he just didn’t. He didn’t even answer those questions at all.”

Turner responded by citing the impacts of Sanders’ policies on black women, and said that on the campaign trail, Sanders “talks about more black doctors, more black dentists,” specifics that Sanders could have mentioned at the forum but didn’t.

“With all due respect, Nina,” Reid interrupted, “in the moment when he could have articulated that in front of black women, if that is the case, and he has this larger vision to wrap around, why didn’t he just do that?”

“For the senator, again, in that moment, I’m not sure what was happening for him in that moment, but I’m telling you what I have seen,” Turner said, and went on to add that Sanders “does have a larger vision, and being able to take what was a pivotal moment in his life, and then connect that to why he has been such a justice warrior, that would have been certainly the moment to do that.”

Reid then asked Johnson what he made of Sanders’ performance, and he pointed out that “This was Sanders’ audience to lose, I talked to a lot of people who were there, he got the largest number of cheers when he walked on stage.”

“And then he blew it,” Johnson said. “And the thing that has been missed in all of this is, he was asked about what he would do about white nationalism, and terror, and I’m sorry, but health care after I’ve been shot by Dylann Roof isn’t what the question was.”

Johnson then addressed the jeers at Sanders’ comments about the March on Washington, saying “No one is trying to insult Bernie Sanders for the activism he’s had in the past, but the problem is, the perception of a lot of people… is he does this whole like Forrest Gump of civil rights thing, and I was with Jesse, and I was with MLK, and I wrote Fight the Power, and all this different kind of stuff. That’s not what people want to hear. They want to hear what you’ve done now, and what you’re going to do in the future.”

But it’s not just that Sanders, as Reid pointed out, knew he was going to this forum and was not prepared, it’s that Sanders has had three years to work on this Achilles heel since the last time he was jeered at a black forum for failing to bring specifics.

Turner’s acknowledgement of Sanders’ blunders could be a good first step in remedying this situation for Sanders, and so could her advice on his campaign. In a later segment, she gave the perfect answer to the white supremacist terrorism question that Sanders blew.

When we talk about the hate crimes, when we’re talking about what just happened in San Diego in the synagogue, nobody understands that as deeply, Joy, as Senator Bernie Sanders. You know his father came over here at the age of 17 years old to escape the Holocaust. There are people in the senator’s family on his father’s side that he never got a chance to meet because of Nazis, who represent the ultimate white supremacists. So Senator Sanders will be the type of president who will appoint an attorney general who will bring the heat against white nationalism and hate crimes in this country. That lived experience informs him.

That’s the sort of specific answer that would have served Sanders well last week, and if he listens instead of getting defensive, could serve him well the next time he’s asked these questions.