Will 2020 Democrats Learn From the Craziest Moments of the 2016 Debates? 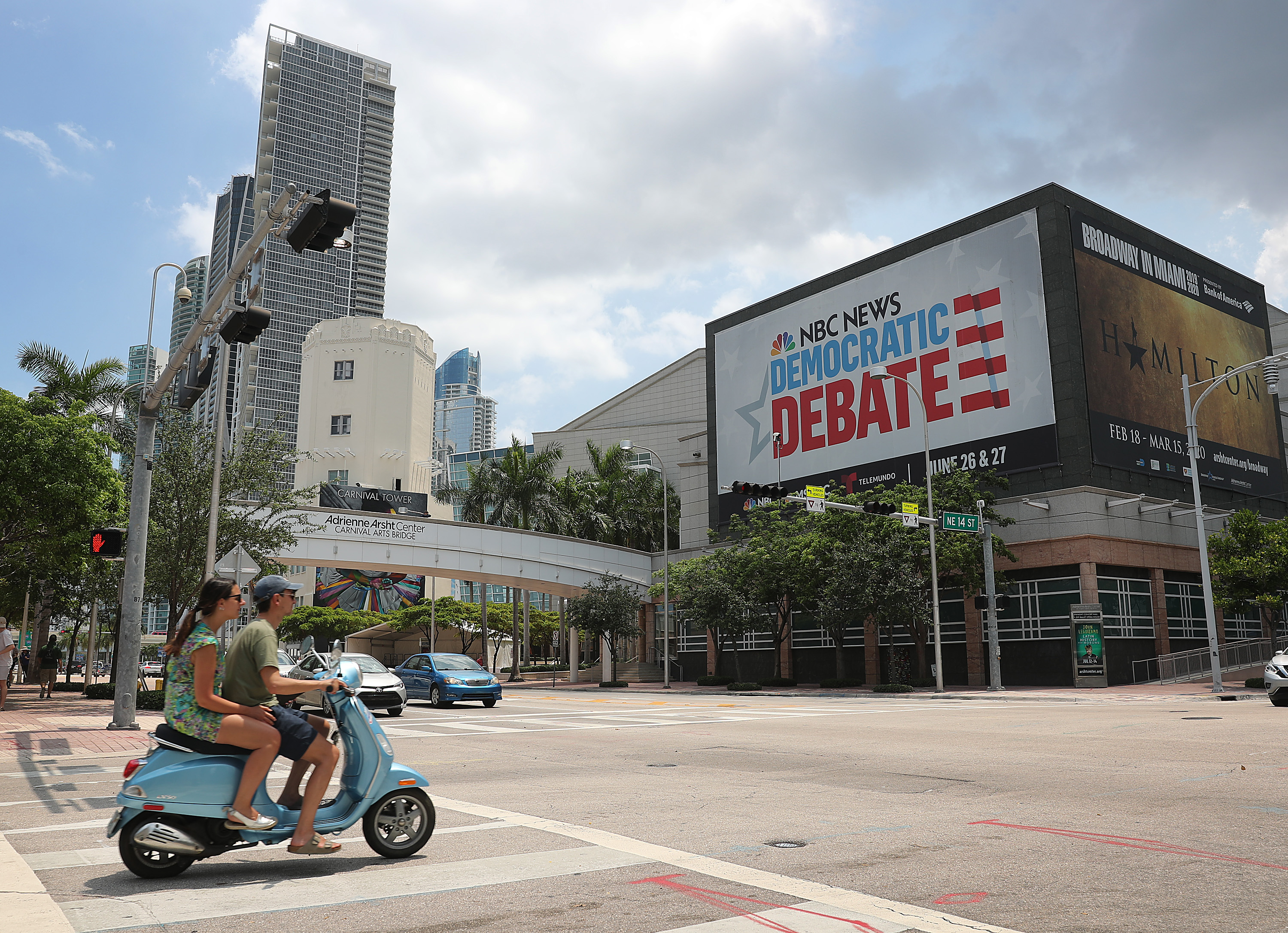 A whopping 20 candidates are making their way down to Miami this week for the first Democratic debates, hosted by NBC News and Telemundo, making for a gluttonous spread of programming across two nights. The debate lineups were selected at random, in order to satisfy the DNC, a body still haunted by accusations of bias in 2016. The result: two lopsided groups, one stacked with heavy hitters that promises to be a bloodbath, and a breezier one that pits Elizabeth Warren and Cory Booker against a brigade of aspiring cable news contributors with slightly different bone structures to Howard Schultz.

NBC took at least one decision into its own hands: the group order. The lightweight group will go first, kicking off the two-night extravaganza on Wednesday. The death group — featuring Joe Biden, Kamala Harris, Pete Buttigieg and Bernie Sanders — will face off Thursday night. (For those who enjoy watching sausages get stuffed: NBC’s scheduling demonstrates ratings incentives at work.)

Entire blogs have been filed on the limitations of the format. Single answers are limited to 60 seconds. Follow ups, 30 seconds. Ten candidates sharing a stage for two hours per night leaves each with around 6 minutes of speaking time. Each needs a breakout moment.

Most candidates will likely lean into the conventional wisdom that guides media coverage. Warren — the Policy Wonk! — will speak powerfully about her many, detailed policy positions. Biden — The Frontrunner! — will grapple with not-so-friendly fire, defend his record and attack Trump from the civility angle. Sanders, now in the surprising position of having to differentiate himself from Warren, could face j’accuse-style cries of “Socialism!” from centrism-fetishist John Hickenlooper, one of the more obscure presences on the stage.

Conventional wisdom aside, with just six minutes each, is it too much for a viewer to expect candidates to stand out?

Lesser-known candidates might seek guidance in the Orchestra Pit Theory. As explained by late Fox News chief Roger Ailes: “If you have two guys on a stage and one guy says, ‘I have a solution to the Middle East problem,’ and the other guy falls in the orchestra pit, who do you think is going to be on the evening news?” (Sounds Trumpian, doesn’t it? Shocker: in 2016 Ailes joined Trump’s debate team. More on that bellow.)

Bill de Blasio will likely be better off bounding into the orchestra pit than bellowing his “Con Don” line repeatedly as he eats into John Delaney’s time. No idea who Delaney is? You probably still won’t after his debate, set for Wednesday (unless, of course, he falls into the orchestra pit.)

There’s a fine line between a memorable performance that inspires a leap in your polling and a tragic gaffe that ensures you emerge the campaign as a laughing stock. If candidates want to avoid the latter, they would be wise to follow these tips.

Whether intentionally or not, Trump’s performances in the 2016 debates were defined by Ailes’ theory. Substantial policy debate was the buried lede in 2016, taking a back seat to wild debate performances and jaw-dropping gaffes. The best example might be the ABC debate, which was lost to history aside from a wonderfully painful entrance, courtesy of Donald Trump and Ben Carson.

I wish I had more insight here, but the lesson to 2020 Democrats is pretty simple: don’t do that. I will note, however, that the Democratic field this year does not boast Donald Trump and Ben Carson, so the propensity for slapstick isn’t guaranteed.

The best lesson for 2020 Debates can be gleaned from the failed campaign of Senator Marco Rubio (R-FL). After repeated taunts, the high-heeled senator jumped down in the mud pit with Trump, thrilling fans of the prurient with a literal dick measuring contest that took up a predictable amount of media attention. At the Detroit debate, Trump spent a not-insignificant portion of the short time he had to speak reassuring Republican primary voters that his small hands did not reflect the size of his genitalia, despite Rubio’s suggestions.

It’s hard to say Trump won by brandishing his hands and proudly declaring on live television: “I guarantee you there’s no problem [with my penis].” But then again Rubio didn’t win either. He was no longer taken seriously as a candidate and dropped out a few weeks later after losing the primary in his home state of Florida.

Not to pick on Rubio, but let’s be honest: he started the last election campaign as a star of the Republican field and ended up crashing out of the race in embarrassment. Aside from his childish tussle with Trump, Rubio also got ruined by Chris Christie in one debate when he repeated the same canned line FOUR times. It spawned an internet meme known as “robot Rubio.” It’s not hard to picture half of the Democratic candidates falling into a similar trap.

Win over the moderators

If history is a guide, candidates would be better off charming their hosts instead of battling them.

The 2016 Republican debates were jam-packed with contentious spats between hosts and candidates. The most stunning, of course, followed then-Fox News host Megyn Kelly’s biting question to Trump in which she pointed out that he has called women, amongst other things, “slobs.” That led to a bitter response from the candidate, and his infamous remark the day after, that the Fox News host had “blood coming out of her, whatever.”

Trump’s nasty spat with Kelly caused a rift between the candidate and his favorite network that seriously threatened his candidacy. The optics were so bad that even Roger Stone, a longtime Trump adviser and notorious prick, quit the campaign in protest. Trump eventually made nice with Fox News, and Ailes even joined his debate team after leaving the network.

Sen. Ted Cruz (R-TX) had a similarly self-defeating fight with Chris Wallace. Cruz’s prowess as a debater met its match in the sharp questioning of the Fox News anchor, leaving him at one point to plead, perhaps only half-jokingly: “Gosh, if you guys ask one more mean question, I may have to leave the stage.”

He earned some boos, some applause, but mostly terrible media coverage.

One of the most memorable moments of the Democratic primary debates in 2016 was an unusual one: Bernie Sanders, confronted with questions over Hillary Clinton’s email server, offered a curmudgeonly defense of his opponent that drew raucous applause.

“The American people are sick and tired of hearing about your damn emails,” Sanders bellowed. “Enough of the emails!”

Lower polling candidates will be inclined to wound frontrunners with brutal attacks, which will no doubt be encouraged by the moderators. But for some in the race (Biden) it could help to praise fellow candidates, or highlight the overlaps in their positions. On the whole, candidates know that voters don’t want to see them wage an internecine war: they want them to take down Trump. That doesn’t mean these debates won’t get heated. 2020 candidate (and Wednesday night gladiator) Tim Ryan gave an ominous quote to CNN when asked whether candidates would attack each other.

“You could say they won’t,” Ryan said, “but it never ends up that way, does it?”