‘You Better Funt-ing Believe It’: In Honor of Biden’s VP Pick, Here Are Maya Rudolph’s Top 5 Moments As Kamala Harris on SNL 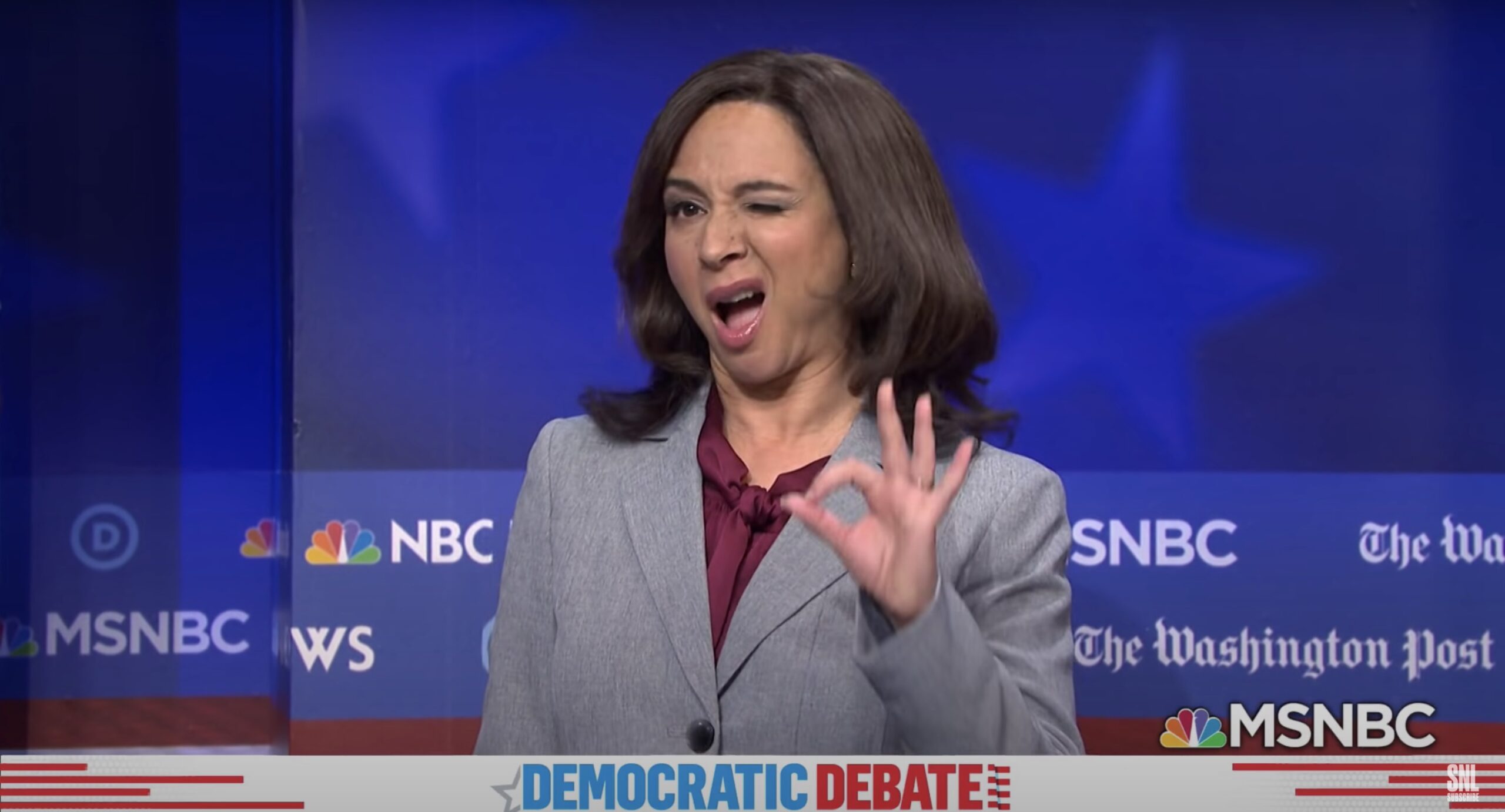 Saturday Night Live fans could not contain their excitement when Democratic presidential nominee Joe Biden announced that Sen. Kamala Harris (D-CA) will be his running mate — focusing on the fact that it means SNL alum Maya Rudolph will return to do her Emmy-nominated impressions.

Rudolph was recording a panel discussion for Entertainment Weekly when the news broke, and immediately responded with an, “Oh, sh*t. Ruh-roh” Wanda Skyes, another panel member joked that “Somebody’s gonna be very busy now,” alluding to Rudolph’s return to the show.

“I love going to the show. Any excuse I can get, I love,” Rudolph added, further confirming her return. “I just didn’t really anticipate traveling during a pandemic, but if there’s anyone that can work it out I’m sure Lorne [Michaels] has some sort of invisible helicopter that can get me there.”

To celebrate, here are the top moments of Rudolph as Harris on SNL:

Rudolph’s Harris 2020 Democratic debate impression is certainly a fan favorite, during which joked that she wasn’t going to focus on the polling numbers, but instead was going to try to go viral.

“Mama needs a GIF,” she said before mimicking one of the hot social media trends of the moment: “Gonna tell my kids this was Michelle Obama.”

“You better funt-ing believe it”

“Can I win the presidency? Probably not. But can I successfully seduce a much younger man? You better funt-ing believe it,” she quipped.

During the same segment, Rudolph played on Harris’ past as a prosecutor, directly addressing President Donald Trump to promise him “no one is above the law!”

This moment was so great, it got Harris’ attention:

That girl being played by @MayaRudolph on @nbcsnl?

That girl was me. pic.twitter.com/btmrzJnm6u

Rudolph got in one last Harris impression, even after the senator left the presidential race, and dropped a quick rap instructing viewers how to pronounce her name.

“I got tired of waiting, so I walked my fine ass out the door”

Rudolph paid tribute to Grammy-winning artist Lizzo during the same segment, sipping a martini as she joked that Harris was sick of waiting for the nomination, so she walked her “fine ass out the door.”

“You coulda had a bad b*tch,” she added before walking off screen.