2013 Prediction Results, A Self Evaluation: Did We Get It Right? 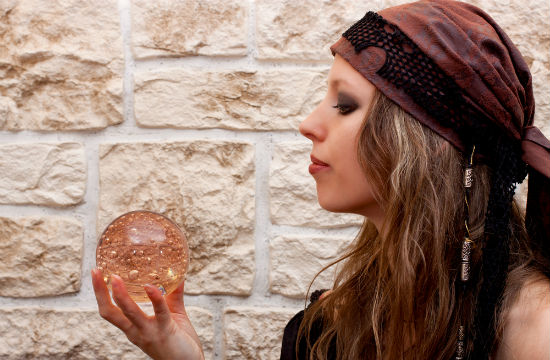 Last year, like any self-respecting food media space in its first year of operation, we published a trend forecast of 2013 culinary news predictions. This year, we thought to ourselves, “Selves, it’s time for some healthy self-evaluation.” We took a look back, wanting to see how totally on-point our psychic abilities were, and discern whether our instincts indicated that we should become Serious Food Journalists. Check out our list of 2013 predictions below to see which came true. (Spoiler alert: it’s probably too late for us to become Serious Journalists.)

1. Alton Brown Twitter Parody Account will become a social media sensaish.
VERDICT: Wrong. No one made an AB parody account. At least not one that caused a blip on our radar and thus could properly be categorized as “a sensaish.”

2. Anthony Bourdain will stage a CNN takeover, curse out Wolf Blitzer on air.
VERDICT: Halfsies. Parts Unknown keeps getting renewed and keeps winning Emmys, but no one has given Wolf any lip, yet.

3. The Top Chef: Seattle finale will feature Kristen Kish vs. CJ Jacobson.
VERDICT: Halfsies, again. But how were we supposed to know that an unprecedented girl-on-girl finale would transpire.

4. Danny Bowien mania will come to a head and earn him a James Beard nomination.
VERDICT: Nailed it. Not only did Danny garner a nom, but he also won Rising Star Chef of the Year, and his f’amazing GQ profile won a Broadcast and Journalism JBA.

5. Detroit will become the new Portland of food cities.
VERDICT: Nailed it. But sad.

6. Fresh Off the Boat becomes the new Kitchen Confidential.
VERDICT: We’ll have to wait and see whether it gets nominated for a JBA this February (which, obviously), but basically, in our hearts, yeah.

7. More Gordon Ramsay Lawsuits.
VERDICT: Nailed it hard and nailed it twice. He was sued once this year for failing to compensate workers at Fat Cow, and once for owing his accountant $75,000. No word on what he owes his lawyers, yet.

8. Hugh Acheson gets a memoir deal.
VERDICT: This was a dumb prediction on our part. He’s had a second cookbook in the works since he won a JBA in 2012 with a release date of Early 2014. Ain’t nobody got time to pen a memoir while testing recipes. Maybe in a couple of years.

10. Brian Malarkey will become the most hated TV personality since Seacrest.
VERDICT: Well, he got fired, so, nailed it?