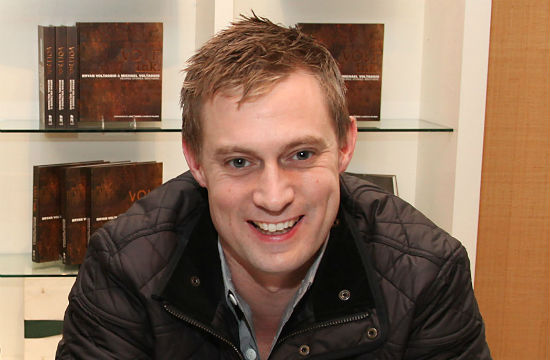 In the wake of the government shutdown, Bryan Voltaggio’s joined the dozens of DC chefs who are giving free food to federal employees affected (or even not affected) by the forced furloughs. Voltaggio, fresh off his appearance on Top Chef Masters, is offering free “Government Cheese” pizza to anyone with a government ID at his Friendship Heights restaurant, Range, until the shutdown is over. Though the name sounds icky, “Government Cheese” pizza is actually a really delicious margarita pizza, which sounds like a great deal for federal employees.

Hold up — not all employees are eligible, as he tweeted:

Forgot to mention… members of congress not eligible until you get your shit together on the Govt. Cheese pizza give away @VOLT_RANGE

The sad part is, we could actually see some tone-deaf Members try to muscle in on the free food deals throughout Washington. (Spot a member of Congress trying to eat a free pizza? Please, tell us. We love shaming members of Congress.)

He’s not the only one refusing to serve our state’s elected representatives (we spotted a few other restaurants joining in), but can we propose that the entire DC restaurant community follow Bryan’s example and stop serving members of Congress altogether until they, as Voltaggio so eloquently put it, get their shit together? If there’s one thing that we know will really get under their skin, it’s if they can’t get a steak at Morton’s. (We’re pretty damn sure that this would not count as an act of obstructing Congress.)

RELATED:
José Andrés’s Citizenship Delayed, Plans to Give Sandwiches to Furloughed Workers
LIST: Here’s What Happens to Your Food When the Government Shuts Down
Congressmen Caught Boozing, Should Name the Newest #FakeDCBars ‘Looming Shutdown’