Lady Chef Stampede: Rosita Guerrero And The Benefits Of Selling Out 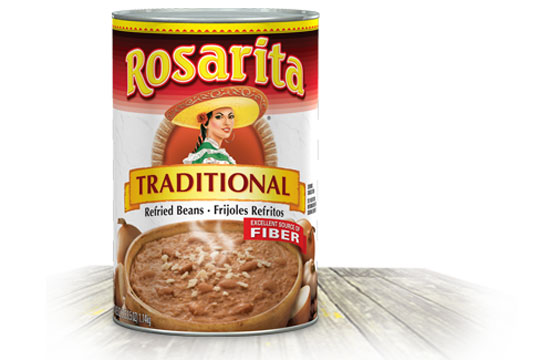 Today’s Lady Chef is living the dream in a really different way. A home cook who blew up big, she wound up making enough money to support her children and grandchildren by doing that most un-chef-y thing of all: she sold out.

Growing up the daughter of a union Teamster in Arizona, sometimes living in a tent city, Rosaura Castro was only 16 when she married Pedro Guerrero, a clothing store clerk. She wasn’t much of a cook, he didn’t have much money, but they both had big dreams. She learned to cook out of necessity and eventually became a famous home cook in the area, with her tamales singled out for particular attention.

Always trying to figure out a way to make some extra money, her husband had noticed that on holidays and at street fairs, white people were mobbing even the grungiest Mexican food stalls. The street stalls barely made an effort to look appealing, and he wondered how much more money they could make if they a) looked clean and, b) actually served good food.  A year after his revelation, Pedro and Rosita (Rosaura’s nickname) put his idea in action, serving her tamales at a festival in Arizona, wearing clean white aprons and their best clothes. To underline the appearance of cleanliness they wrapped every single tamale in a white paper napkin. Priced at double the going rate (10 cents) they sold 600 tamales in a day.

Despite this first flush of success, it took them more than 20 years of planning, scrimping, and saving to try it again, but that didn’t stop them from dreaming. In 1925, Pedro registered the name of their company, Rosita, and even drew the logo — we’ll get to why the names don’t match in just a minute.

It wasn’t until 1945 that the pair found the right business partners to help turn their Mexican home cooking into a big business. One was Ann Petrie, who owned two restaurants in Mesa, the other was an accountant. Armed with Rosita’s recipes, they started to turn out tortillas, sauces, beans, and frozen foods, selling them to grocery stores across the region. In the late ’50s a trademark dust-up resulted in them having to change their name to Rosarita, but by then they already had an audience and, after conquering the Southwest, the brand went national. In 1961, Beatrice Foods was impressed by their figures and bought them out. Today, Rosarita Brand Foods is owned by ConAgra.

On the one hand, we’re all conditioned to think of this kind of selling out as evil, another step down the path to hell where all food is industrial food and small businesses (nor the people who own them) don’t stand a chance. But, cashing in the way they did allowed Rosita herself, and her daughters, and her granddaughters, to enjoy a life far better than she could have independently. When you spend part of your childhood living in a tent city, making a better life for your children must be one of your biggest dreams. And if the only tools at your disposal are tortillas and an oven, then who can blame you for cooking your way out of that particular hole?