Q&A: Ludo Lefebvre Would Rather Win ‘Best New Restaurant” Than Do TV Again 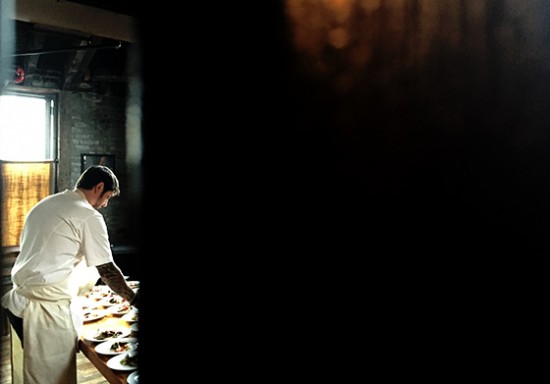 All photos by Adam Robb

We caught up with Ludo Lefebvre at The Taste rival Marcus Samuelsson‘s Harlem Eat Up! festival, where the Los Angeles chef behind Trois Mec and Petit Trois brought his signature fried chicken to John Stage‘s Dinosaur Bar-B-Que, and discussed why west coast chefs get snubbed at the James Beard Foundation Awards, the Chicago inspiration behind the cheeseburger he’s debuting this week, and when we’ll see him on TV next.

During this year’s James Beard awards weekend in Chicago, you tasted Au Cheval’s iconic Dijonaisse-smeared double cheeseburger, and this week you’re introducing your own homage at Petit Trois. Don’t you think diners are more excited you’re bringing back inspiration over a medal?

I’m sure they’re more interested to see a burger than the James Beard award, I don’t think the guests really care about the award, but for my staff, for myself I do. It was the best burger in my life, it gave me a lot of inspiration to be more French.

Do you think the Los Angeles dining scene gets shafted by the JBFA?

It’s true. I don’t know why the committee don’t see what’s going on in LA. We have a lot of great chefs, great restaurants. I would love to know who exactly is voting, whether it’s more people from New York. But while I did not win but I was very happy to be nominated. 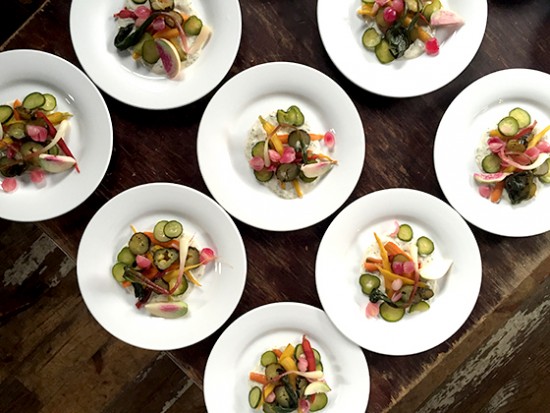 You’re the king of destination dining with your pop-up LudoBites, now you’re here helping promote the Harlem dining scene. What do you tell neighborhood restaurants they can do to become destination restaurants?

Ha, don’t ask me! I created pop-up restaurants by coincidence. In LA, I opened restaurants on streets where nobody goes, in a strip mall. If you do good food, people will come, but I think for Marcus to promote Harlem restaurants like this is an amazing move.

You worked with Marcus Samuelsson on The Taste, while opening Petit Trois. Do you think it’s a challenge to work on a television show while opening a restaurant, or a boon, or just expected today as a form of marketing?

I’d do more TV if the right opportunity came along, but it’s not a priority. Opening more restaurants is my priority.

Did you learn anything from the way you interacted with contestants that you’ve since applied to your own kitchen?

Do you think Nigella Lawson ever would have won?

It’s sad. She’s a very good cook, she knows more about food than me. She’s very smart about food but she always asked some strange people to be on her team. She picked all the freaky ones, so I don’t know. If I had her team there’s nothing I could have done. For this show you need good cooks. You cannot do a miracle in a few weeks.