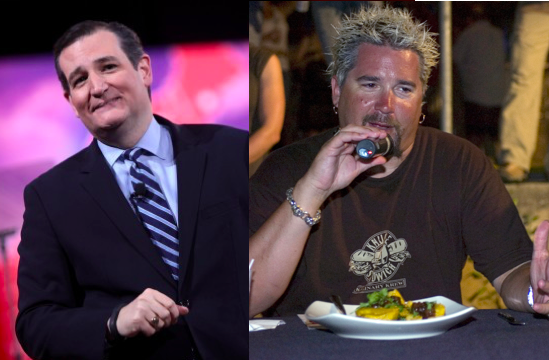 Ted Cruz walks into a restaurant. A restaurant that serves Bacon Wrapped Barbecue Shrimp, Piña Colada Royales, South Beach Mojitos, and Caliente Margaritas. That restaurant belongs to Guy Fieri. Fieri checks himself out “in front of the mirror he’d tricked out with flame decals, admiring his forehead oils.” Then, he goes to meet Cruz, and the rest is history made in a dumpster behind the restaurant.

The piece in its entirety can be found on Lana’s Tumblr.