Which Famous Chef Has Been Secretly Farting On All His Employees? 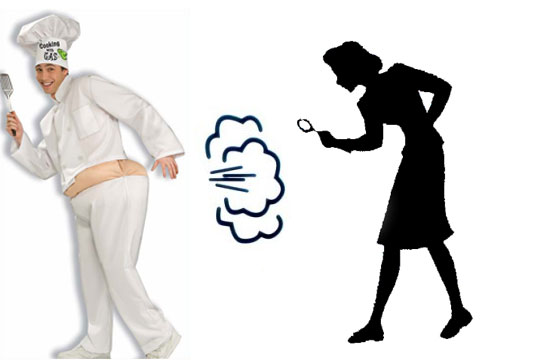 We’ve had many mysteries on The Braiser before, but none has ever reached the level of WTF-ery as this: a person claiming to be a “somewhat famous” chef with a restaurant in New York’s Meatpacking district has declared that he has farted 37 times on all 37 of his employees.

“I have had several specials on foodnetwork [sic],” he boasted about his meticulous game on Craigslist. “You probably know me if you like food and eating in manhattan.”

He then delves into chapter one of “The 37 Farts,” containing beautiul, florid lines such as:

“Lets get back to the first fart, the maiden fart, the perfect fart.”

“He had the pan in his right hand, and we both reached to bend over to get the hot plate, i got there first, so he inhaled the entire hot air load that i let roar out of my pants.”

“My farts on [FOH staff] where secretly my most favorite, because I think it took them out of whatever musical they thought they were living in, and made them alive, made them smell, made them want to throw up for a valid reason.”

UPDATE: Sadly, the original posting has been deleted.