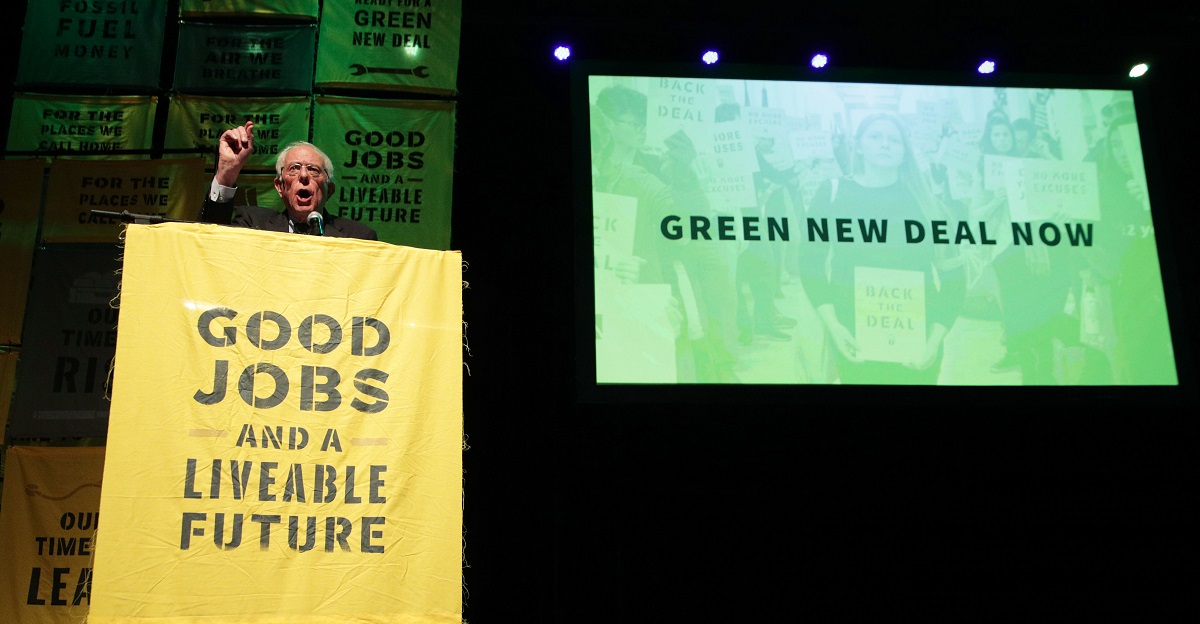 Independent Vermont Senator and Democratic presidential candidate Bernie Sanders has released an ambitious “Green New Deal” plan that at least one of his senior aides agrees is “what it’ll take to save the world.”

On Thursday morning, Sanders unveiled “The Green New Deal” on his campaign website, a $16.3 trillion plan to “Avert Climate Catastrophe and Create 20 Million Jobs” that Sanders says will pay for itself in 15 years.

The comprehensive plan calls for massive investments in energy infrastructure, public transportation, transition for fossil fuel workers, among other things, and the civil and criminal prosecution of fossil fuel companies.

According to Sanders, the plan has been “scored by experts,” and will pay for itself within 15 years by:

Senior Sanders campaign officials promoted the plan heavily on Twitter Thursday morning, including National Field Director Becca Rast, who retweeted a supporter thanking Sanders for the plan, and saying “This is it. This is everything, This is what it’ll take to save the world.”

This is it. This is everything, This is what it’ll take to save the world. Thank you Senator @BernieSanders. https://t.co/duq1I1wp2x

Sanders’ plan coincides with the exit of Washington Governor Jay Inslee — who made climate change his signature issue — from the Democratic presidential race, and with Sanders’ visit to wildfire-ravaged Paradise, California.