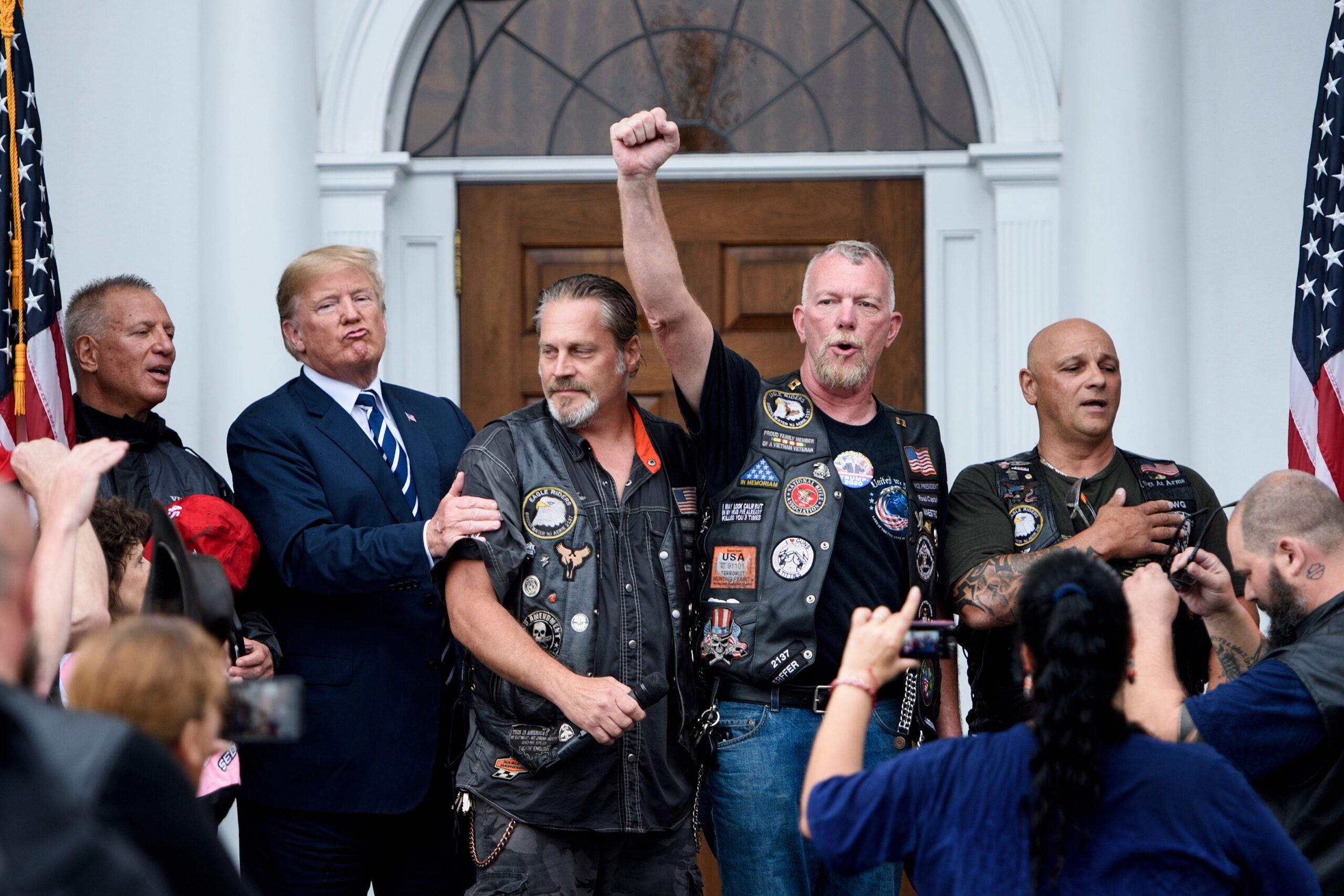 President Donald Trump’s most fanatic motorcycle-admiring fans, “Bikers For Trump,” aren’t pleased with recent headlines from by right-wing news outlets claiming the organization is heading to break through the barricades in Seattle’s Capitol Hill Autonomous Zone.

The organization in a statement to Mediaite claimed such stories from the sites, including The Gateway Pundit and Big Leauge Politics, are nothing more than “fake news.” 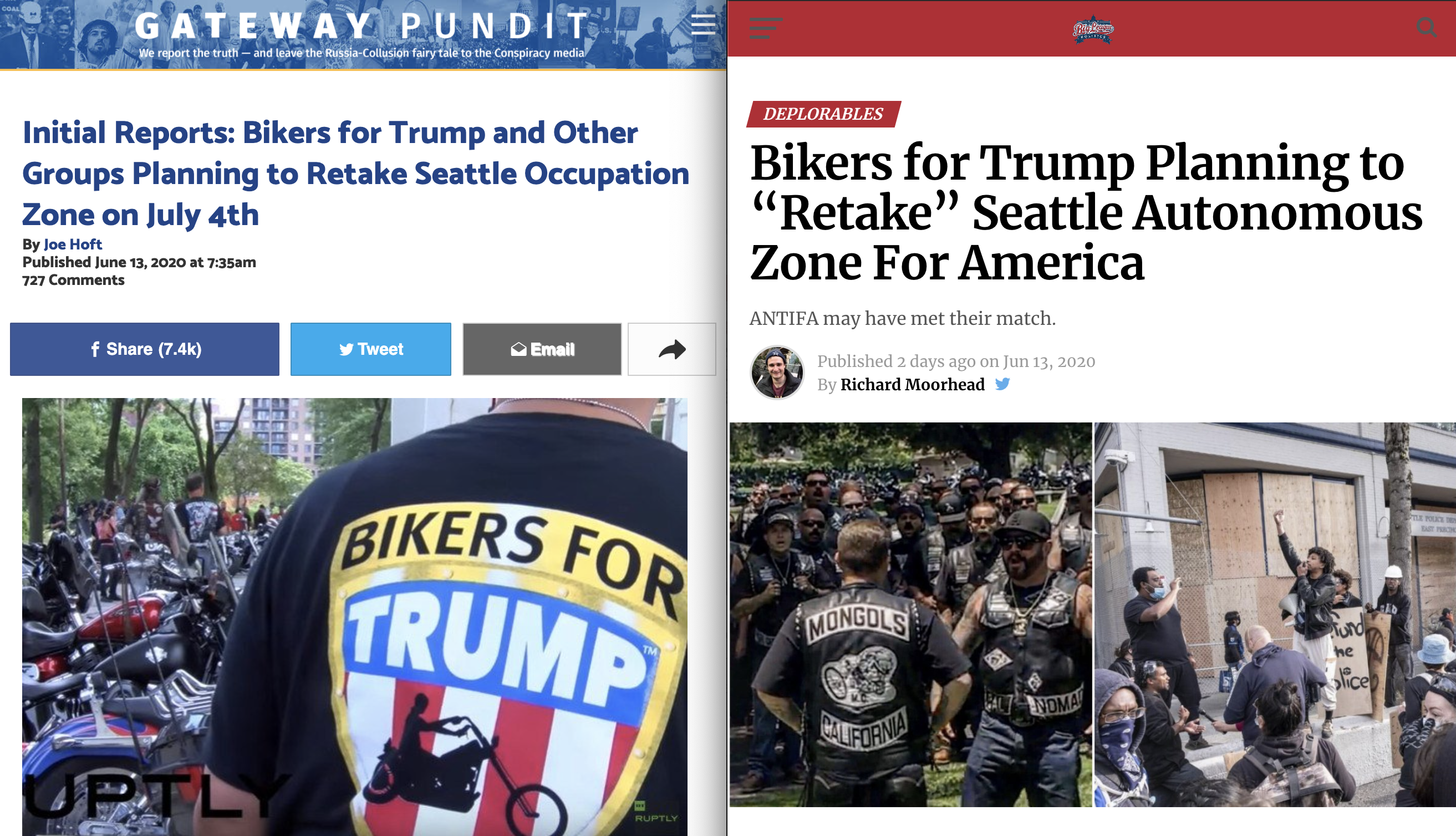 The right-wing outlet Big League Politics went as far as to write on Saturday, “A group of self-styled ‘Bikers for Trump’ is pledging to retake Seattle’s Capital Hill Autonomous Zone for the United States, planning on dismantling the anarchist commune on the Fourth of July.”

As for The Gateway Pundit, the site linked to a Facebook event touting bikers will “simply going to tear down the illegal barriers,” around “CHAZ.”

Yet, neither outlet reached out to the Bikers for Trump for a comment on the matter, and instead, it appears the story idea was pulled from a tweet on Twitter that has since been deleted.

Asked if either outlet reached out for comment before heading to print with the stories, a Bikers For Trump spokesperson said, “Nope, only you.”

“The fake news story saying that Bikers For Trump are riding with the Oathkeepers and other motorcycle groups into Seattle is Fake News and spreading out of control,” a spokesperson for Bikers for Trump told Mediaite.

“We, Bikers For Trump, are not involved in any way, shape, or form with this fake story,” the spokesperson continued to Mediaite. “Bikers For Trump is a peaceful political movement, not a motorcycle club.”

The representative declined to comment on the fact it was right-wing outlets spreading this “Fake news.” Bikers for Trump founder Chris Cox didn’t return a request for comment from Mediaite.