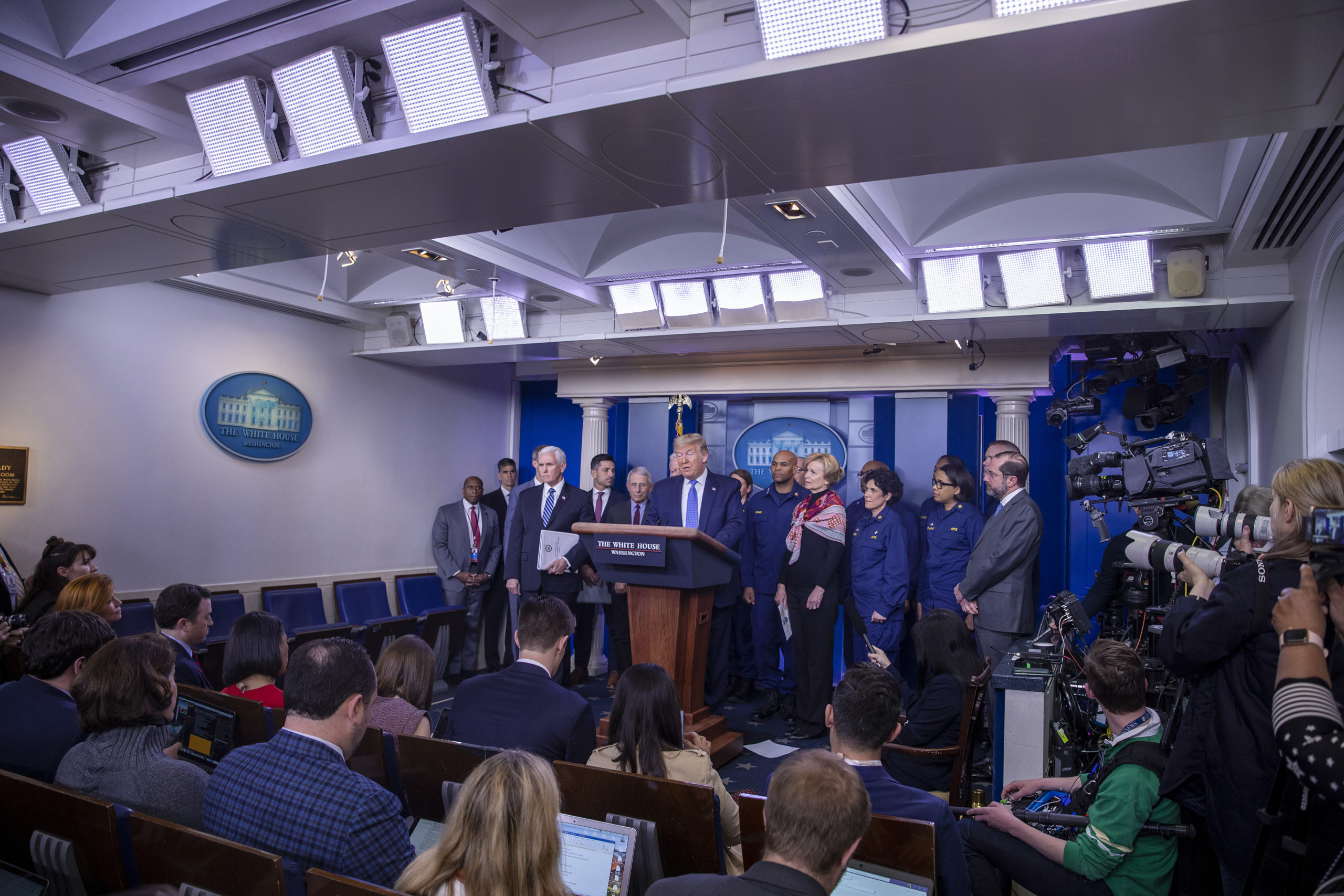 “When I got to the White House in 1995, the daily press briefing was not available for broadcast media,” McCurry told Mediaite in an interview this week. “Two great radio reporters came to me early in my term arguing that broadcast media should have equal access to the briefings. They needed the sound to do their hourly reports and to compete with their print colleagues.

“That made sense to me, so I opened up the briefings to be recorded by broadcast media… I was the alternative to afternoon soap operas for a while,” McCurry added. “However, I did not envision they would become some afternoon matinee show. And they were not, for the first three years we allowed broadcast. Until, of course, the Monica Lewinsky scandal came along.”

McCurry served as Clinton’s spokesman from 1995 until he stepped down in 1998. The Washington Post at the time credited McCurry with “repairing frayed relations with the news media” and referred to him as Clinton’s “most valuable asset in selling his agenda to the public and defending him against omnipresent critics.”

He explained where his strategy went wrong: “The mistake I made: briefings should have been available for broadcast but embargoed until they concluded. That was the practice at the State Department, from which I had come. I just did not think of imposing that same restriction. It was not supposed to be a live TV show. It should only be one ingredient of what reporters use to decide how to report.”

It isn’t the first time McCurry has expressed concern over the transformation of live briefings. In 2017, he joined former George W. Bush press secretary Ari Fleischer in a statement on Twitter, writing, “We support no live TV coverage of WH briefing. Embargo it & let it be used, but not as live TV. Better for the public, the WH & the press.”

However, McCurry said the media — not the White House — should take responsibility for ending the briefings.

“President Trump should not cancel briefings. It is the responsibility of the president and White House to provide public information. However, it is the role of the media to decide how to cover those briefings. They do not need to be carried live. They can be recorded, and then good journalists can decide what is or is not newsworthy,” he argued.

With or without the made-for-TV showmanship, McCurry believes that the briefings offer value to the public. In January, he cosigned a letter with 12 other former White House press secretaries calling on the Trump administration to resume regular briefings after a suspension that lasted for more than 300 days, writing, in part, “The process of preparing for regular briefings makes the government-run better.”

At the time, then-press secretary Stephanie Grisham expressed skepticism that the briefings would return, lamenting they had “become a lot of theater” and that reporters “were doing it to get famous.” Nonetheless, the White House resumed the briefings as the coronavirus pandemic grew.

It’s anyone’s guess whether President Donald Trump will maintain these daily updates from the James S. Brady Briefing Room after the pandemic ends. He is enraged by the heckling from reporters such as CNN’s Kaitlan Collins, who White House staffers unsuccessfully attempted to move to a back row at a recent briefing, and New York Magazine’s Olivia Nuzzi, who last week accused the president of presiding over a number of deaths analogous to the Vietnam War, inciting him to promptly end the briefing. He often responds to confrontational questions from the press corps with insults. At the same time, he simply cannot resist calling on them, day after day, to see what new forms of abuse they may be able to exchange.

“We will recapture a more healthy relationship between the press and the president in the future,” McCurry promised. “It will always be ‘adversarial,’ as it should be. But it can be much more amicable. Everyone can be professional and know the boundaries without forfeiting their responsibilities in these exchanges which are so important to our democracy.”