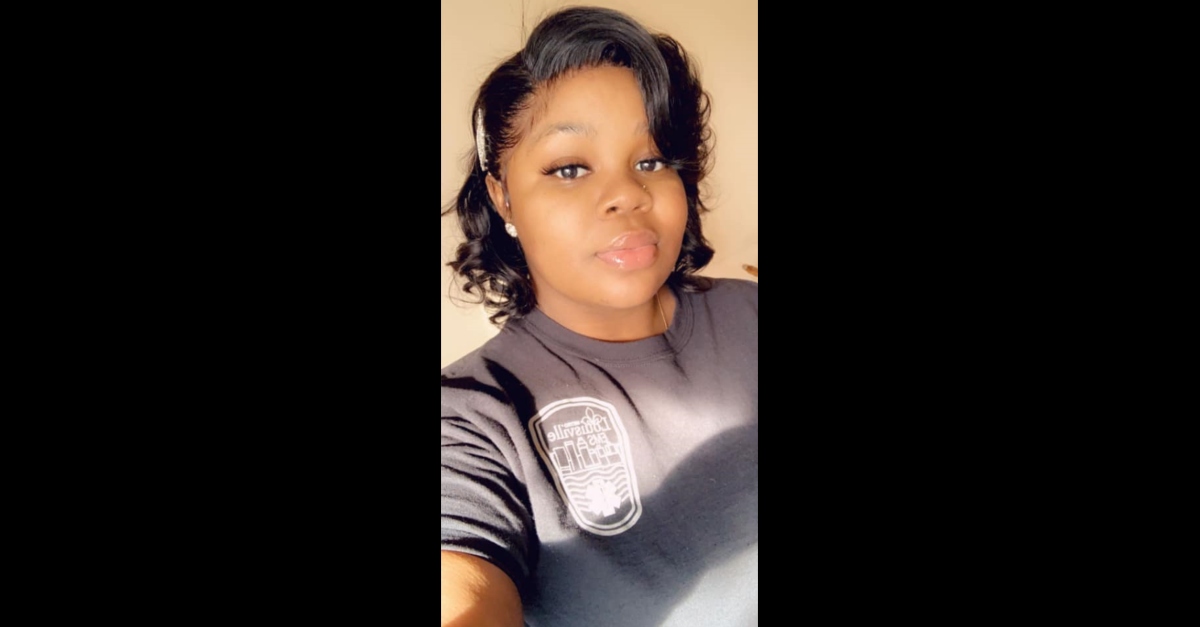 Courtesy of spokespeople for Benjamin Crump

One of the three cops involved in the death of 26-year-old Breonna Taylor, who was killed during a no-knock warrant, has been fired from Louisville police department, mayor Greg Fischer announced Friday afternoon.

Former officer Brett Hankison was fired for violating procedure when he “blindly” shot 10 rounds into Taylor’s apartment during the search, Fischer said. Hankison said that Taylor posed as an “immediate threat,” but he shot into covered windows and doors where he couldn’t see Taylor’s identity. The incident occurred on March 12.

Taylor’s boyfriend Kenneth Walker was originally charged with first degree assault and attempted murder of a police officer, but those charges were later dropped. The three officers involved had been placed on administrative leave while the investigation continues before Hankison’s firing, but have not been charged with any crimes. The Kentucky Attorney General has an investigation opened and the FBI opened one in May.

Taylor’s name has been trending online in the last couple of weeks as nationwide protests ensued following the death of George Floyd in Minneapolis. On June 7, thousands of mourners gathered in Louisville to honor the life of Taylor. Protesters are calling for an elimination of no-knock warrants, as well as for charges to be brought against the officers who killed Taylor.