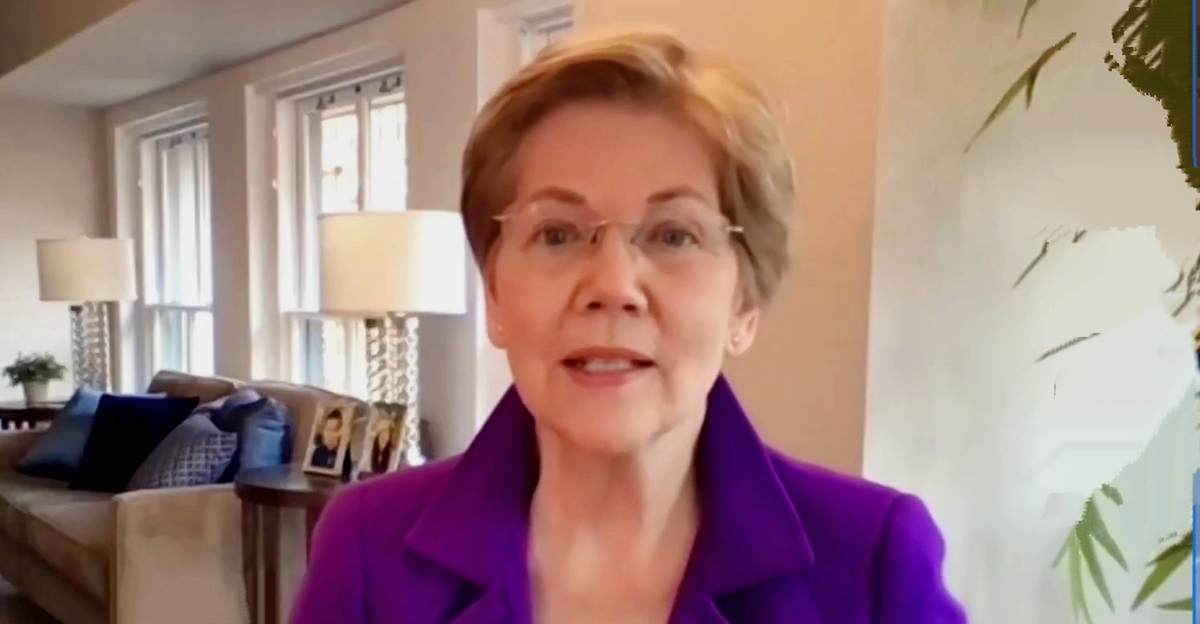 Sen. Elizabeth Warren (D-MA) published an op-ed Wednesday in The Boston Globe in which she argued in favor of adding four additional justices to the U.S. Supreme Court following a ruling last week with regard to a Texas abortion law.

In arguing for court expansion, Warren lashed out at the country’s top jurists over an 8-1 decision not to outright block a law which bans abortions after a fetal heartbeat is detected in Texas. The court instead ruled to allow abortion providers to challenge the law case-by-case through lower courts.

Warren wrote, “This month, a majority of justices on the United States Supreme Court signaled their willingness to gut one of the court’s most important decisions over the past century, threatening to eliminate Roe v. Wade and a person’s right to choose.

The Massachusetts Democrat also wrote, “This is not the first time this extremist court has threatened, or outright dismantled, fundamental rights in this country. For years, the Supreme Court’s conservative majority — recently supercharged to 6-3 — has issued decision after decision that veers away from both basic principles of law and widely held public opinion.”

She argued it is “important to restore America’s faith in an independent judiciary committed to the rule of law. To do that, I believe it’s time for Congress to yet again use its constitutional authority to expand the number of justices on the Supreme Court.” She added that as of now, the makeup of the court “threatens the democratic foundations of our nation.”

Warren concluded that the “6-3 conservative supermajority will continue to threaten basic liberties for decades to come.”

“Article III, Section 1 of the Constitution gives Congress the authority to change the size of the Supreme Court. Congress has used that authority seven times before. To restore balance and integrity to a broken institution, Congress must expand the Supreme Court by four or more seats,” she also added. “It’s time to rebalance the Supreme Court to create one that is [interested in advancing the equal administration of justice].”

Warren might have a difficult time selling court expansion to some of her fellow Democrats, particularly Sen. Joe Manchin (D-WV), who has been clear since before the 2020 election that he is not in favor of adding additional judges to the court.