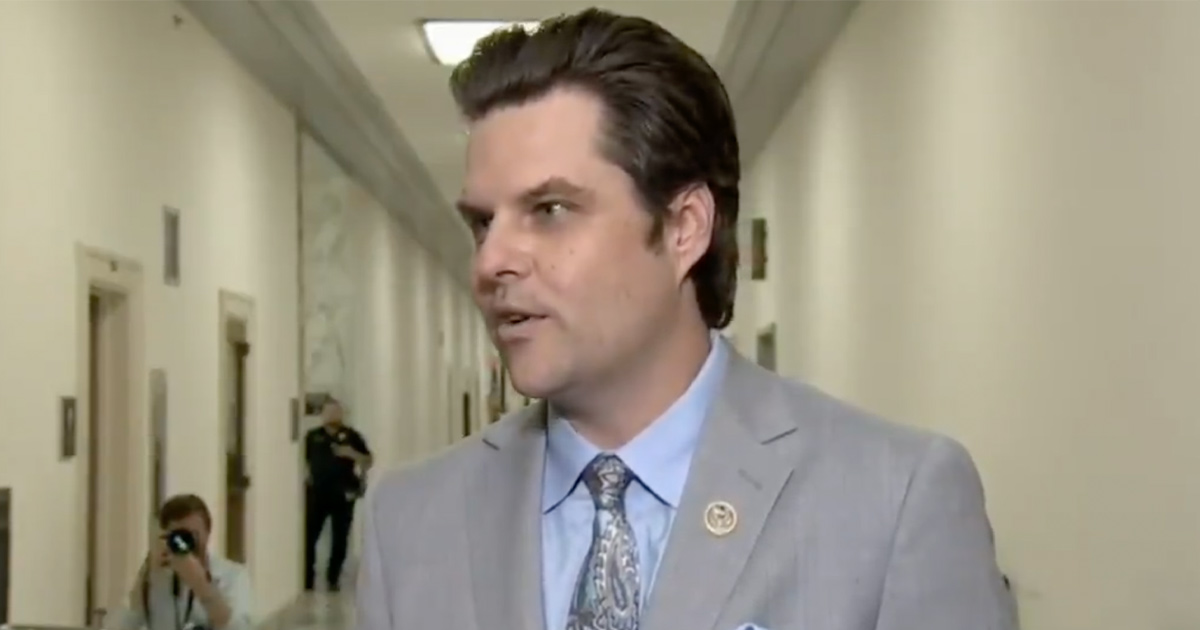 A Florida man has been charged with trying to extort the family of Congressman Matt Gaetz for $25 million.

According to Politico, 62-year-old Florida developer Stephen Alford was arrested on the charge of trying to extort Gaetz’s father in exchange for a presidential pardon for the congressman.

You may remember that there is a Justice Department investigation into whether Gaetz had a sexual relationship with a 17-year-old girl and whether he “violated federal sex trafficking laws.” That investigation is ongoing, and earlier this month ABC News reported former Gaetz ally Joel Greenberg has been providing information to prosecutors.

Gaetz denied the allegations when the first reports dropped, and claimed at the time he was being targeted in an extortion scheme.

He even claimed a former DOJ employee was involved in the scheme. That individual denied the allegation.

The indictment, which you can read here [PDF], alleges Alford “did knowingly and willfully devise, and intend to devise, a scheme to defraud and for obtaining money and property by means of material false and fraudulent pretenses, representations, and promises.”

Gaetz’s father spoke out after his son did in March, and claimed he had been cooperating with the FBI and expressed to them he was “willing to wear a wire.”

The congressman reacted on Twitter Tuesday night again claiming Alford “had help from people with strong ties to the federal government.”

.@dcexaminer ran this story when other outlets refused.

They tried to extort me on a pile of lies.

Alford wasn’t acting alone – he had help from people with strong ties to the federal government.

There is much more to this attempt to destroy me. https://t.co/sEwDPdrTSK