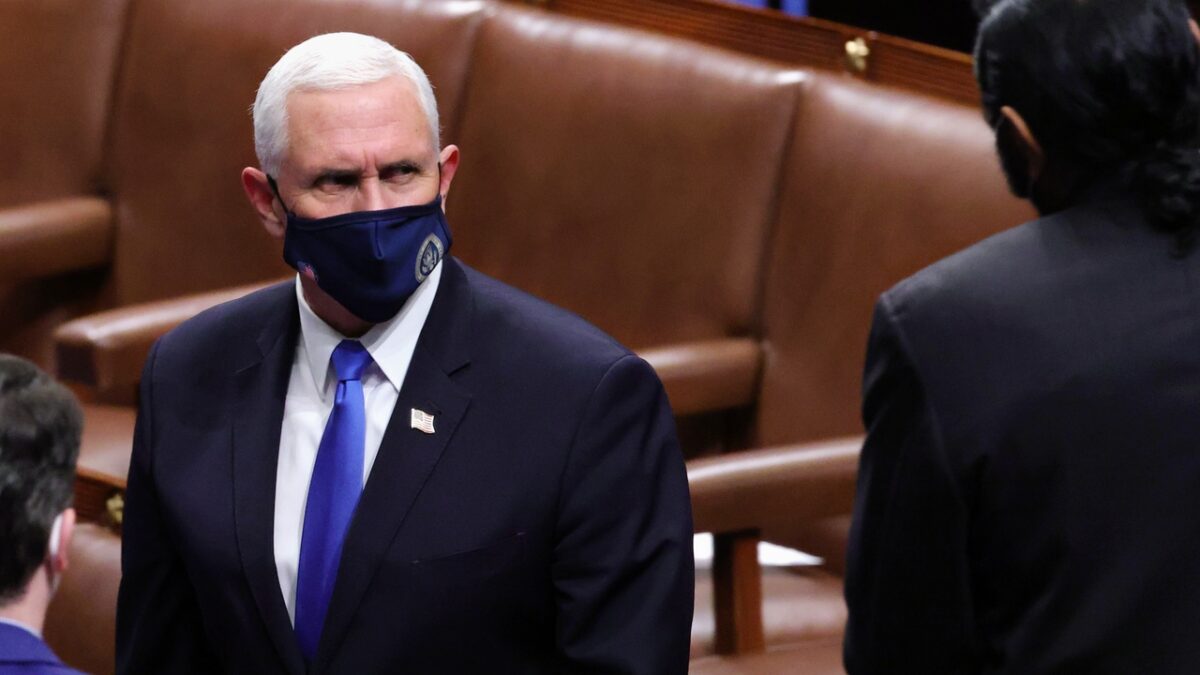 Political observers are tearing Mike Pence apart after the former vice president penned an op-ed sowing doubt over the integrity of the 2020 election.

In an op-ed for The Daily Signal, Pence claims without evidence that the election was “marked by significant voting irregularities and numerous instances of officials setting aside state election law.” He goes on to lament that the storming of the U.S. Capitol “deprived the American people of a substantive discussion in Congress about election integrity” and the objections against the Electoral College results.

Instead of producing any specific instances of widespread fraud or proof that the election was compromised, Pence diverged from the topic in order to focus on slamming Democrats for advancing the voting reform proposal known as HR 1. While Democrats argue that the bill will expand voting rights and make it easier for people to register to vote, Pence calls it “an unconstitutional, reckless, and anti-democratic bill” that will “trample the First Amendment, further erode confidence in our elections, and forever dilute the votes of legally qualified eligible voters.”

Throughout the piece, Pence does not mention former President Donald Trump a single time. Trump’s supporters — fueled by his false claims about mass voter fraud — stormed the U.S. Capitol in a violent attempt to overturn the 2020 election. Pence was a central figure of the Capitol riot, for even though he went against Trump’s wishes by fulfilling his duty to certify the election results, he was targeted by the insurrectionist mob as they searched for him while chanting “hang Mike Pence.”

Pence has mostly stayed out of the political spotlight since Jan. 6, but with his new remarks, critics are slamming him for continuing the delegitimization of the 2020 election, even after being in the crosshairs of the insurrectionists:

Mike Pence is basically in hiding after supporters of his old boss tried to kill him and he's still pushing the big lie https://t.co/IHE5HdUAPW

From what undisclosed hiding place did Pence issue his new squeal, questioning “integrity” of 2020 election?

Mike Pence breaks his silence to attack voter reform and push the big lie “irregularities” in occurred in 2020. https://t.co/fy07G5hPXv

The former VP goes all in on the big lie, citing “significant voting irregularities” that the courts, state election officials of both parties, and recounts and audits already debunked. https://t.co/d2Mk3rQtmb

Pence, who was hunted and threatened at the Capitol by Trump supporters, writes that many Republicans still don’t trust the outcome of the 2020 election — but makes no mention of Trump’s months-long effort (with his help) to sow that doubt. https://t.co/8ARUWmHawg

“yes the mob wanted to hang me as a traitor to their god-king, but they also had some good ideas. in this essay i will…” https://t.co/P6EjmfMfTH

Mike Pence, who apparently learned nothing from being a target of insurrectionists on January 6th, is pushing Trump's Big Lie in his anti-HR1 op-ed out today.https://t.co/1argtXF7Df pic.twitter.com/gnbD6ofDQJ

“I share the concerns of millions of Americans about the integrity of the 2020 election.” – mike pence

Not even their own supporters threatening to hang them will stop these sycophants from lying for power. Astonishing https://t.co/SMKt8khqUN