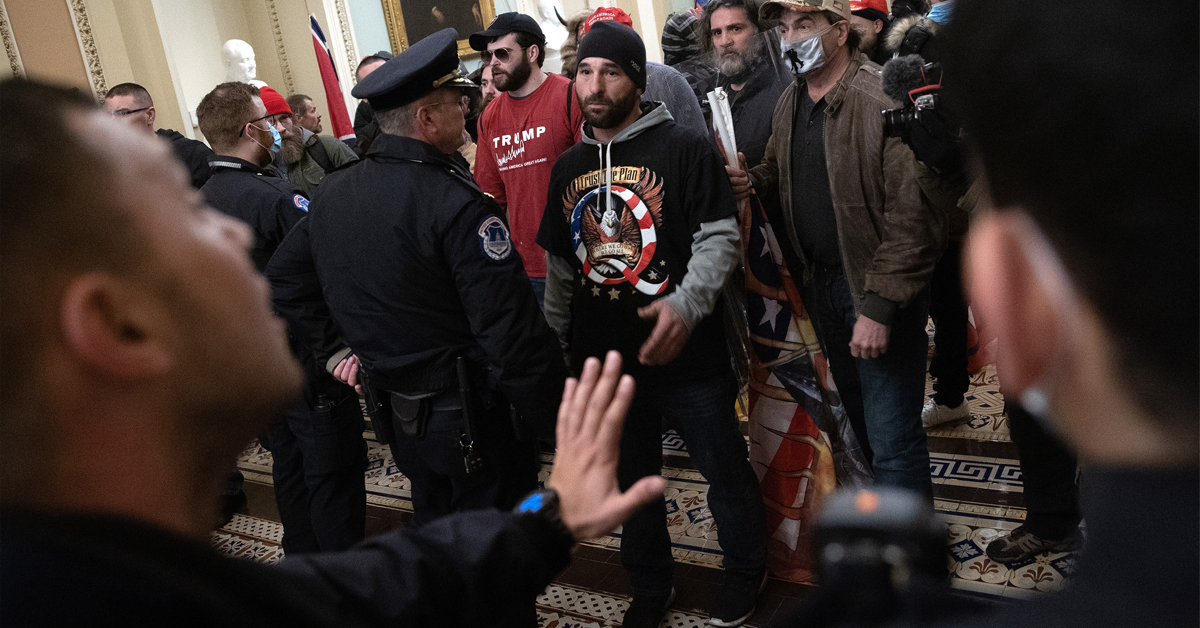 Supporters of President Donald Trump who stormed and invaded the Capitol on Wednesday reportedly intended to find and execute Vice President Mike Pence.

Reuters News Pictures Editor Jim Bourg revealed in a Twitter post that he heard “at least 3 different rioters at the Capitol say they hoped to find Vice President Mike Pence and execute him by hanging him from a Capitol Hill tree as a traitor.”

I heard at least 3 different rioters at the Capitol say that they hoped to find Vice President Mike Pence and execute him by hanging him from a Capitol Hill tree as a traitor. It was a common line being repeated. Many more were just talking about how the VP should be executed. https://t.co/fxHREouEWF

“It was a common line being repeated,” he added. “Many more were just talking about how the VP should be executed.”

They even came up with a catchy protest chant… pic.twitter.com/ztBDFYv5Qk

The calls to execute the vice president, along with the storming of the Capitol, came after Trump repeatedly put pressure on Pence to reject the Electoral College vote count during his Save America Rally.

Pence, who presided over the congressional certification of President-elect Joe Biden’s election win, was evacuated from the Capitol as supporters of the president breached the building, which still did not stop Trump from attacking him on Twitter moments later.

Other photographs posted to Twitter show members of the mob with zip-ties, generally used as restraints by police, and gallows being constructed outside of the Capitol:

Some of the Trump fanatics constructed a gallows near the Capitol reflecting pool and another group of them fashioned a crude noose from stolen AP camera cables and hung it from a tree. https://t.co/kz1tK8TfXA pic.twitter.com/9ovr1q7rEY

It raises the question of whether there was an organized plan to take hostages. https://t.co/PyWfzmcddt

WOW: Was there a plan to take hostages? This man is carrying police-style zip-tie handcuffs. And mace(?) pic.twitter.com/np3i1pUc6n