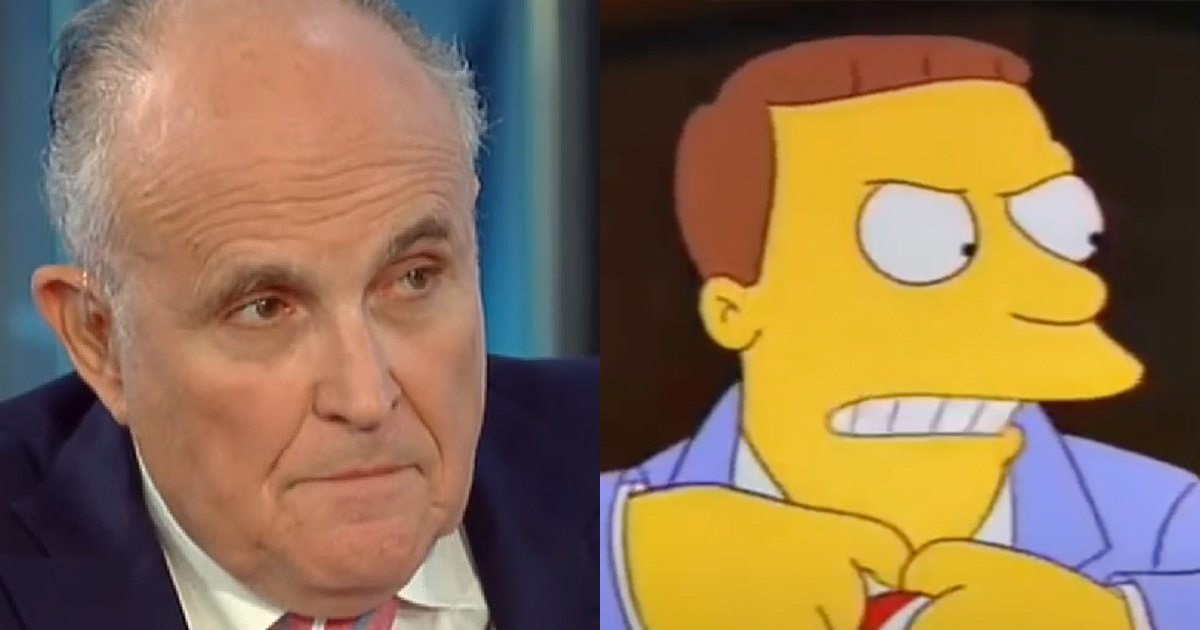 Fetterman appeared on the ABC News Powerhouse Politics podcast Wednesday, slamming the Trump team’s legal efforts and saying the two cases of voter fraud in his state he’s seen so far are Republicans voting for relatives.

On Giuliani specifically, Fetterman remarked, “It was like Lionel Hutz, only less qualified… It’s just sad.”

Jon Karl reviewed some of the more stunning moments from Giuliani’s arguments in court — you can read some analysis of how baffling it was from LawAndCrime here and here — and said it’s particularly strange given how this is Giuliani, “not somebody they pulled out of a tavern somewhere.”

Fetterman said “desperation is the worst cologne” and added, “This is not a search for the truth. This is malicious speech, designed to damage and disenfranchise that has no basis, not only in reality, but also in this understanding that we have as Americans, of a peaceful transition of power and a clear and free election.”

Apparently enough people were making the comparison that former Simpsons writer Bill Oakley tweeted that at least Hutz “is essentially a good-hearted soul who doesn’t actively work to harm people or the nation.”

I am dubious of any comparison between Rudy Giuliani and Lionel Hutz because although they are both inept and unscrupulous, Mr. Hutz is essentially a good-hearted soul who doesn't actively work to harm people or the nation

You can listen to the interview above (starting at the 18-minute mark), via ABC News.