Stunning Images Emerge of Catastrophic and Deadly Flooding in NYC 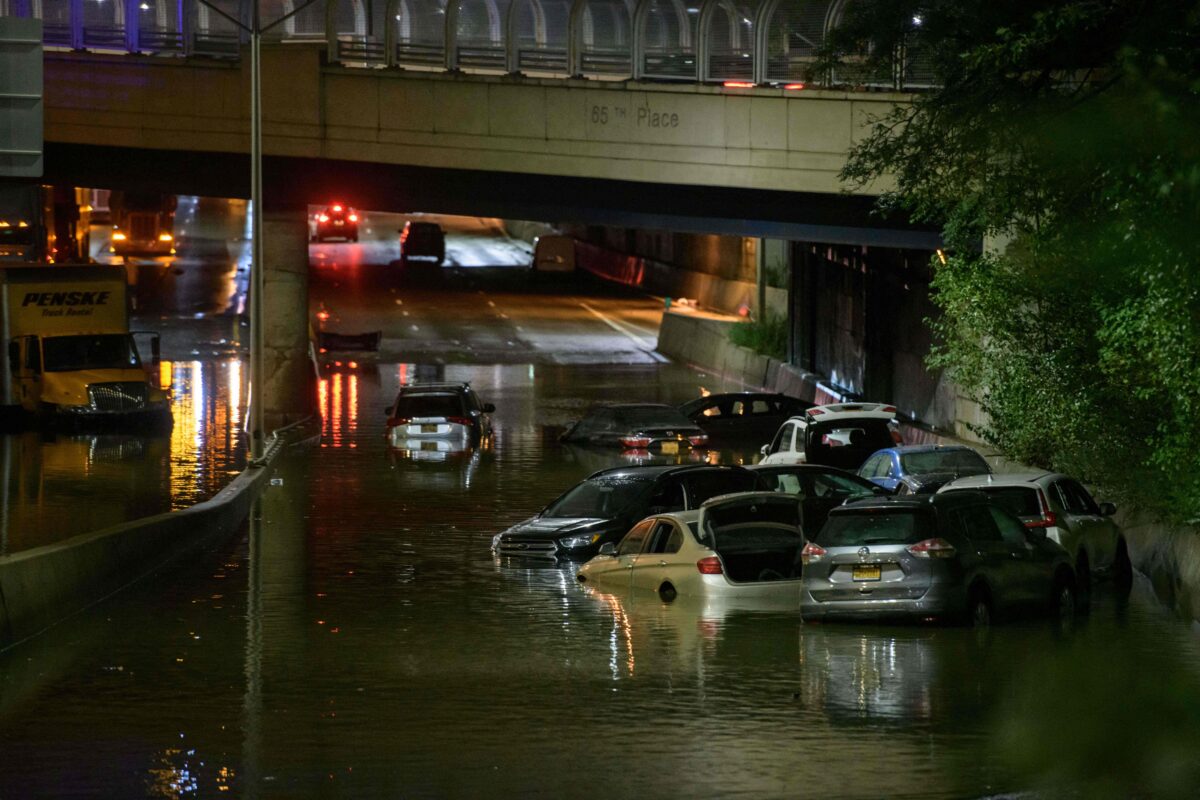 Eight individuals are dead, including one two-year-old, as the metropolitan area of New York City was ravaged by record rainfall, tornadoes, and flash flooding that flooded roads and subways that paralyzed the densely populated urban area.
(Update: the death toll has now reached 14.)

Social media is also flooded with stunning videos of subways, apartments, and roads flooded with water that are jaw-dropping to watch. A dozen or so are collected here for your viewing:

this flooding in New York is wild – there's a "flash flood emergency", the first one ever in NYC, with something like 10cm in rain an hour from Hurricane Ida. Much of the city seems like it's underwaterpic.twitter.com/Vyes4KcCdG

#Manhattan I #NYC: Reports of catastrophic flash flooding happening across in New Jersey and New York City as millions of people brace for this devastating floods… #hurricanida pic.twitter.com/pCD2w4LDkt

A torrent of water poured into a New York subway station Wednesday night as remnants of #HurricaneIda unleashed dangerous flash floods and tornadoes across the Northeast https://t.co/FcRG3ejKW3 pic.twitter.com/y5RmOrv2Ti

This is 145th st on 1 line. This not a low lying area. One of the highest elevations in Manhattan.

This sadly is a once-in-a-lifetime meteorological event. This is a life threatening Flash Flood Emergency for #NYC and parts of #NewJersey. The first ever #flashfloodemergency for NYC. Transit and all travel has basically shut down. pic.twitter.com/XTnil0PEEn

Floods in NY tornadoes in New Jersey. I’m not one to condone violence but sometimes it’s necessary. Y’all need to put y’all Timbalands on and beat whoever a** playing Jumanji up there. pic.twitter.com/87GgO4QrRX

NEW: Water floods onto the NYC subway after former Hurricane Ida dumps a months worth of rain on the city. pic.twitter.com/L6Rz4dmDqC

And then there’s this dude:

NYC Mayor Bill de Blasio may have declared a state of emergency — but for this New Yorker the floods represent an opportunity to drift on a Lilo, smoking a hookah. #NYCFlooding pic.twitter.com/Nk3CDj5JAi