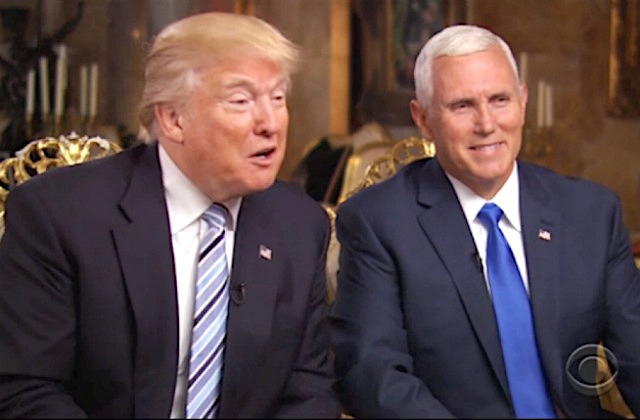 President Donald Trump used Vice President Mike Pence to repeatedly pressure Ukraine to investigate corruption while Trump was also sending the behind-the-scenes message that he wanted that country to restart a probe into his potential 2020 rival, Joe Biden.

According to a Washington Post story, Trump had Pence intentionally skip new Ukrainian President Volodymyr Zelensky’s inauguration this past Spring to send a message of displeasure. Later, Pence was instructed to tell Zelensky that the Trump White House’s withholding of $391 million in military aid was directly linked to Ukraine’s foot-dragging on combatting corruption.

“Pence’s activities occurred amid several indications of the president’s hidden agenda,” the Post points out. “Among them were the abrupt removal of the U.S. ambassador to Kiev; the visible efforts by the president’s lawyer, Rudolph W. Giuliani, to insert himself in the U.S.-Ukraine relationship; as well as alarms being raised inside the White House even before the emergence of an extraordinary whistleblower complaint about Trump’s conduct.”

As the Ukraine-whistleblower scandal continues to engulf the White House and increase momentum for a possible impeachment of the president, the vice president’s aides are now telling the Post that Pence was “unaware” of Trump’s alternate motives for having him push Ukraine on corruption. But the Post’s reporting adds another detail that raises questions about that claim: Pence’s own national security adviser, Lt. Gen. Keith Kellogg, was listening in on the now-infamous July 25 phone call between Trump and Zelensky.

Pence aides claim that the vice president was fully briefed on the call before his Sept. 1 face-to-face meeting with Zelensky in Warsaw, Poland, where the pair discussed the withheld military aid and corruption. But they also contend Pence had not fully read the call transcript or comprehended the import of Trump’s request about investigating Biden.