WATCH Maskless Bikers Party Down as 250,000 Expected For Sturgis Rally Amid Coronavirus Pandemic 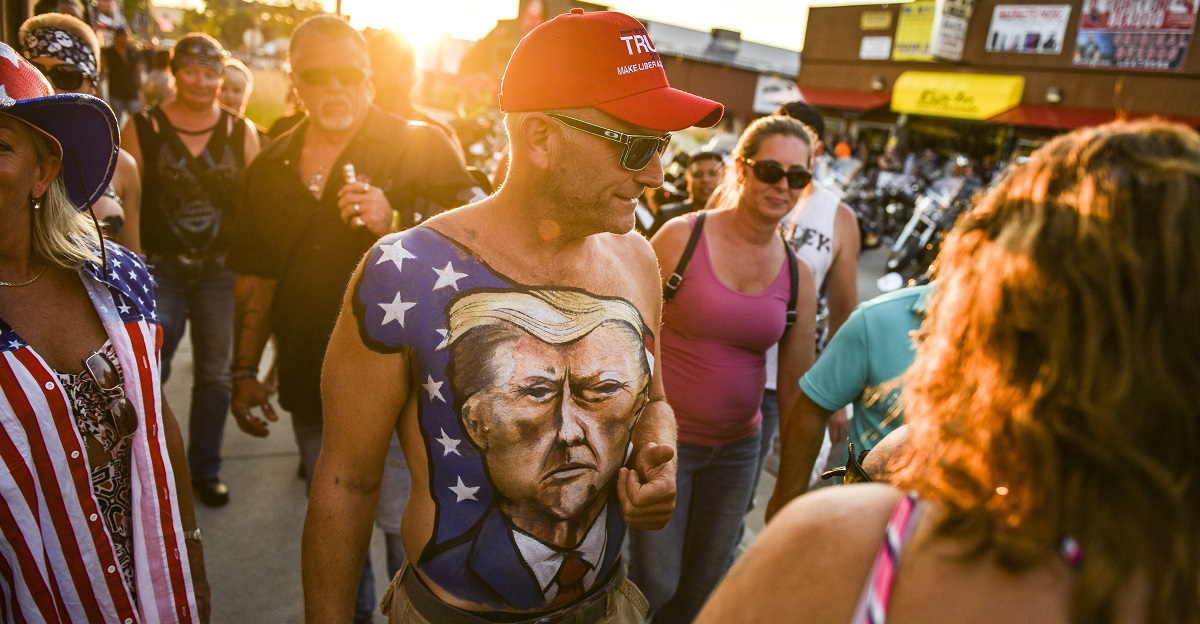 The 80th Annual Sturgis Motorcycle Rally is expected to draw 250,000 people to Sturgis, South Dakota this week, but video from the scene already shows crowds of maskless revelers partying down amid the raging coronavirus pandemic.

According to the Associated Press, the annual event is plowing ahead despite the fact that residents overwhelmingly wanted it postponed due to the pandemic:

“This is a huge, foolish mistake to make to host the rally this year,” Sturgis resident Linda Chaplin told city counselors at a June meeting. “The government of Sturgis needs to care most for its citizens.”

In a survey of residents conducted by the city, more than 60% said the rally should be postponed. But businesses pressured the City Council to proceed.

The rally has made national news this week due to the expected turnout and the fact that there is no mask mandate in effect, raising concerns that the event could lead to a further explosion of coronavirus cases.

And on the first night of the 10-day rally, local news reporter Connor Matteson of KATA posted video that showed maskless revelers in Sturis packed tightly in a party tent, droplets akimbo:

Viewers can also monitor the action in Sturgis live via a series of webcams like this one, which shows the view from the Hotel Sturgis on Main St. and Harley-Davidson Way:

The rally typically draws 500,000 people, but officials estimate that even amid the pandemic, around half that many will attend.