‘What a Fiasco’: CBS News and Moderators Panned For ‘Disaster’ Debate 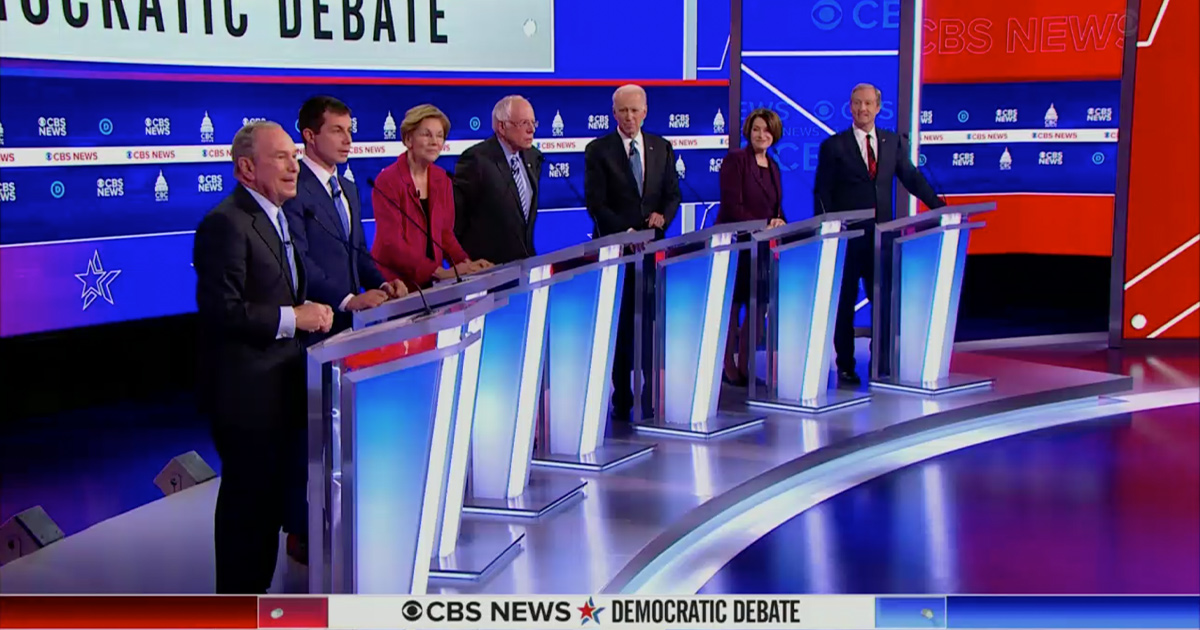 One of the clearest takeaways on social media throughout the South Carolina Democratic debate is CBS didn’t deliver the best show.

The network received criticism for its handling of the debate, the messiness of the exchanges, and the type of questions asked. Critics included the campaign of Bernie Sanders:

The general consensus was equally harsh. CNN’s Brian Stelter noted some called the debate a “disaster.”

Debates are hard. TV news rivalries are hardcore. That said, debate pros at other TV networks are exchanging messages calling this a “disaster,” a “nightmare” and worse

CBS is obsessed with trying to make oddly specific news at this debate.

Does CBS have a buzzer or something to organize this??? What’s going on?

Maybe CBS’s plan here is to run a debate so poorly, all the candidates on stage at least look more competent than CBS

If so, mission accomplished

These moderators need to get this under control. This is way worse than any bad day @TheView hot topics table. At least Whoopi has the bell… #DemDebate2020

CBS needs this break more than the candidates. That was a chaotic start. The moderators need to step in more forcefully and regain control in the next segment.

Take a commercial break and get control of this. Otherwise this is a commercial for Donald Trump. Do better CBS

can’t say anyone’s winning this debate, but CBS is losing

Nobody give cbs a debate again. Their moderators aren’t ready.

Moderators are doing an absolutely awful job. I get that it’s hard to contain the six candidates who are rabidly going after Bernie Sanders but they need to take the reins. #DemDebate

These moderators might be the weakest moderators I’ve seen in a debate.

They have absolutely no control over who is speaking and they are forcing candidates to steamroll them if they want any speaking time.

This is a trainwreck.

So, uh, the last debate also featured a lot of fighting but it seemed much more coherent? CBS moderators seem totally unable to keep things on track.

Ugh this is really how we are landing this raggedy plane of a debate?

Asking about their favorite quotes ?

CBS should be embarrassed.

The words you live by? Is this a fucking yearbook page?

what tree would you be? CBS should not be allowed any more debates

CBS asking favorite motto?? Are you kidding? What a fiasco.