Winners and Losers of the CBS Democratic Debate

Winners and Losers of the CBS Democratic Debate 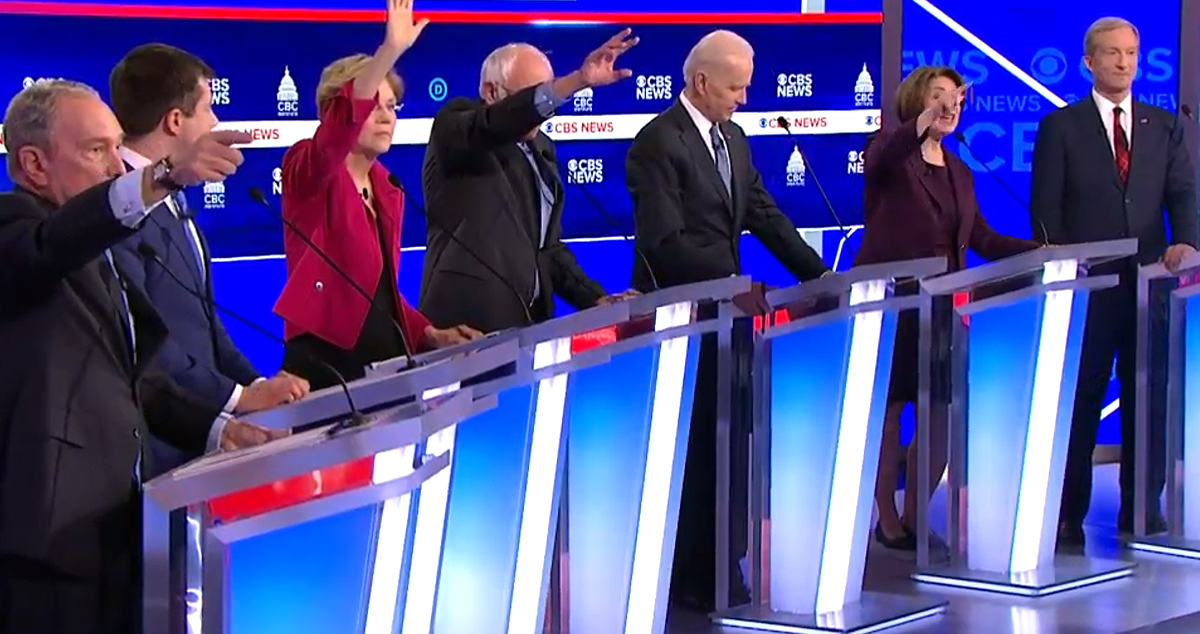 The format didn’t hold together very well, and there was a lot of cross-talk and hand waving throughout the debate. But the hashtag was zooming on Twitter, the shots were fired and responded to, markers were laid down, wagers were made, and in the end, some came out ahead, some… not so much.

Here’s how Mediaite scores the debate.

Sen. Klobuchar took no serious hits, which sometimes can be enough for a soft win. But she also managed to come off as the voice of reason and calm on stage. Just look at this, from Getty Images.

It’s almost the thematic image of the night.

In a political debate, it’s customary to pick the winner or loser based on how much they have to gain or lose in the overall race, but sometimes the winner can just be the person who seemed like they were winning. And based on public perception, that person was Sen. Klobuchar.

Sanders and Biden came in as the front-runners, a status Biden has held for months, often well ahead and well alone. Following the recent results in the primary, they both had something to prove and a lot to lose. But unlike Sanders, Biden didn’t lose it. It’s tough to knock the harsh, over-talking back and forth moments too much, (though our losers below will be knocked for them), and even more so when the net result was to come off as more confident and together.

Biden pulled that off, and having dodged serious wounding of the Sanders variety, he definitely could see a bounce back in his step in post-debate polls.

Mayor Pete makes this list for the pretty conventional reason that he didn’t get destroyed or take any serious hits. He also got in some good ones, which puts him just above the “participation trophy” level. It was a good performance, not a show-stealer, and he came off as patient in the face of intense frustration by… well just keep reading.

Bernie Sanders, as expected, had the target on his back at Tuesday’s debate. That can sometimes work out in one’s favor. It did not, however, in this case. Sen. Sanders was a punching bag for two hours, with everyone taking turns taking bites. His responses, emotional and irritated, never measured up. They had him off balance and he looked it. This, from MSNBC regular Tom Nichols, kind of says it all:

I can’t believe I’m saying this, because Trump is a moron and a bad debater, but he would eat Bernie alive.

Their exchanges were brutal, they hurt each other without helping themselves, and the whole thing was a mess. Which brings us to…

CBS and the CBS Moderators: There was a pandemic of chaotic bickering, time-hogging, and deflection on the stage in South Carolina on Tuesday night. The outbreak was so severe it had candidates arguing with the audience, having shouting matches with each, and more hands in the air than a Friday night outdoor concert.

On Twitter, the moderators were dragged, dragged again, and dragged some more for the chaos. In the end, a lot of what happened sounded like this:

Now you could blame the candidates, but they are subject to the format, after all. So a lot of that blame is going squarely to CBS. Like seriously a lot.

The debate was quite a thing to watch and the clips will go on for days. Not much was learned. Except maybe that CBS needs a little more practice.