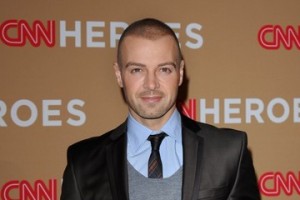 This morning, I woke up, parted the curtains, and looked out onto the dawning day. A blue bird on a far-off branch sang his sweet morning song, and I sighed softly to myself and quietly whispered to him, “I wonder what Joey Lawrence thinks about Barack Obama.” Luckily, Fox News provides the answer to all the questions clouding the deepest recesses of our hearts and minds.

On Tuesday night, Lawrence attended Us Weekly‘s “Hot Hollywood Style Issue” party, and ran into the good folks behind FOX411’s “Pop Tarts” celebrity news column. Turns out, the TV actor has a lot to say about Barack Obama:

Obama was something fresh, and new, and people wanted to put their faith in his message of being different and ‘change’ and all this stuff two years ago, but that fell flat because he gets in there and it’s pretty much the same old thing. I think everybody can agree on that, there’s no real change.

So who would the actor rather see in office? Someone less politically correct, perhaps. Someone who isn’t afraid to speak his mind. Someone who will fly in on his helicopter and whip the media into a frenzy:

I’d be open to Donald. He’s somebody out of the box and I think that some of the stuff he’s saying makes sense. It sounds like you and I would say it, and it’s time. I’m tired of “so politically correct” every step of the way. It’s like there are times when we need to say, “We’re getting our rear ends kicked, we are the world leader, we need to step up and act like it.”

And before you ask, “Hey, what does this guy even know about politics?” keep this in mind:

I love politics. I love the country. Maybe I would (go into politics,) I don’t know. It’s what I minored in at school, political science.