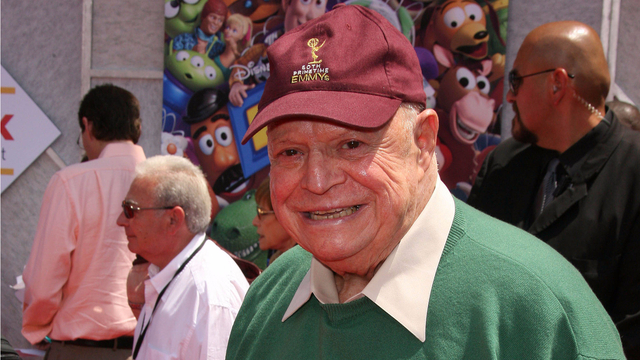 Today, renowned comedian Don Rickles passed away at the age of 90. Rickles was known for being one of the greatest insult comics of all time, appearing at The Friars Club roasts, on The Tonight Show Starring Johnny Carson, and for having his own show, The Don Rickles Show. He also played Mr. Potato Head in the Toy Story series.

He was incredibly influential in comedy, and Hollywood is remembering and mourning him on social media:

90 years with Don Rickles weren’t enough. One of the sweetest and most lovely people I had the pleasure of knowing. We miss you already

There aren’t many people who I’ve met who have literally stopped me cold due to being starstruck. #donrickles was one of those people. His comedy has been a staple in my family for three generations. His legendary antics and his status as one of the last living true Hollywood legends made me enormously grateful to be able to sit by his side just a few short months ago. I feel blessed for the limited time I got to chat with him and thank him for being so hugely influential in my life. And in what seems like an eerie coincidence, out of the blue, my daughters, wife and I watched Toy Story on the way to the airport yesterday in the car. It is but a brief reminder that his work will continue to live on and touch and entertain my children and their children for years to come. Thank you Mr. Rickles for one taking us all on one hell of a ride. #RIP

Greatest Of All Time https://t.co/b7q4wmpFX0

In lieu of flowers, Don Rickles’ family has requested that people drop their pants and fire a rocket. #RIPDonRickles

Rest In Peace Don Rickles. It was my pleasure to get to know him a little bit about 15 years ago. What a hilarious, generous and lovely guy.

RIP Don Rickles. One of the funniest people that ever lived, you dumb schmuck.

“To Josh, try to remember the key.” I will cherish my Don Rickles autograph and his sweetness under the edge. RIP.

The death of Don Rickles is a major loss to the comedy world.

Rest In Peace Don Rickles. You were the greatest.

My friend, my dad, the funniest biggest hearted of them all. A beautiful husband and father. My heart is broken. Rest In Peace. Don Rickles.

Don Rickles was a cyclone of funny with a heart of gold. Is God ready for your maniacal wit? Would love to hear what you said on arrival.

Quite simply one of the funniest ever.
RIP Don Rickles 90 https://t.co/xiZf1U1g6J

Aw jeez. Rickles .Sweetest, funniest, legend and mensch. Came to a party at my house gave me a dollar and told me to get a nicer place.#RIP

A God died today. Don Rickles, we did not want to ever lose you. Never. Hanx.

Don Rickles has passed away.
A giant loss.

90 years with Don Rickles weren’t enough. One of the sweetest and most lovely people I had the pleasure of knowing. We miss you already

Don once begged me for a couple of bucks then told me to twist myself into a pretzel. Ego slayer! Comic Everest! Spank you, Mr Rickles. ;^)

The memories of Don feel *so* good. I’ll never forget a second of time spent with him. Rest In Peace Don Rickles.

One person I always wanted to meet and shake hands with.
RIP Don Rickles

He never was Politically Correct and he never apologized for it. R.I.P. Don Rickles @DonRickles

Rickles is gone. He was the best, you hockey pucks. RIP