A.J. Delgado: ‘News to Me’ That Jason Miller Is Excited to Welcome Our Child

A.J. Delgado: ‘News to Me’ That Jason Miller Is Excited to Welcome Our Child 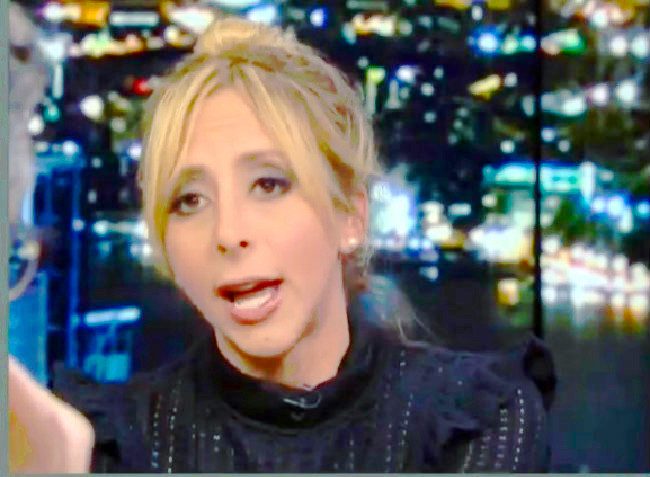 Miller — who is married to another woman — provided a statement to Page Six, who first reported that Miller was the father. In the statement, he said that he, his wife and other children “are excited to welcome William into the world and into our family, and we appreciate the well wishes we’ve received from so many.”

Miller and Delgado visited a Las Vegas strip club before the last presidential debate, something that was drew increased attention when Delgado shot out a number of mysterious tweets about Miller being another “John Edwards” when he was named the Trump administration’s communications director. Miller would later turn down that position, citing the need to be with his family.

Well, after the story came out, Delgado took to Twitter to respond, and she took shots at both Miller and Page Six’s Emily Smith over the details in the story.

Oh wow, just reading the Page Six article. So much wrong in it I don't know to begin… https://t.co/8GTeswEaRB

Hi @PageSixEmily At least 5 wrong facts in your article. Really bizarre. And you never attempted to contact me by phone today. That's a lie.

Love how the Page Six article implies it was a "Vegas" love child. Hm, no. (cont)

(cont.) The father and I were dating for two months (he was separated from his wife, he said, and had been since June.)

I also never "changed my number" (still the same number, so that's a complete lie) nor "disappeared to Florida." @PageSixEmily

And as far as Miller was concerned, she said it was news to her that he was thrilled about the birth of their son.

And I'm not sure what Jason means that he and his wife are excited to welcome Will. Really? News to me. Let me shut up before I say more…

While suggesting that he may have been the one to leak the story to Page Six.

Weird, no reporter wrote about this, except Page Six. Did Jason Miller reach out to THEM? Weird how he even commented for the story, huh

Delgado ended her tweetstorm by stating that since the story was out there, she was going to share and that the story would be coming soon.

Wasn't my choice to discuss this but since Jason went to Page Six, I guess I now have to share. Story to @mckaycoppins . Stay tuned.

It would appear that we all need to stay tuned and be on the lookout for an exclusive from The Atlantic’s McKay Coppins.