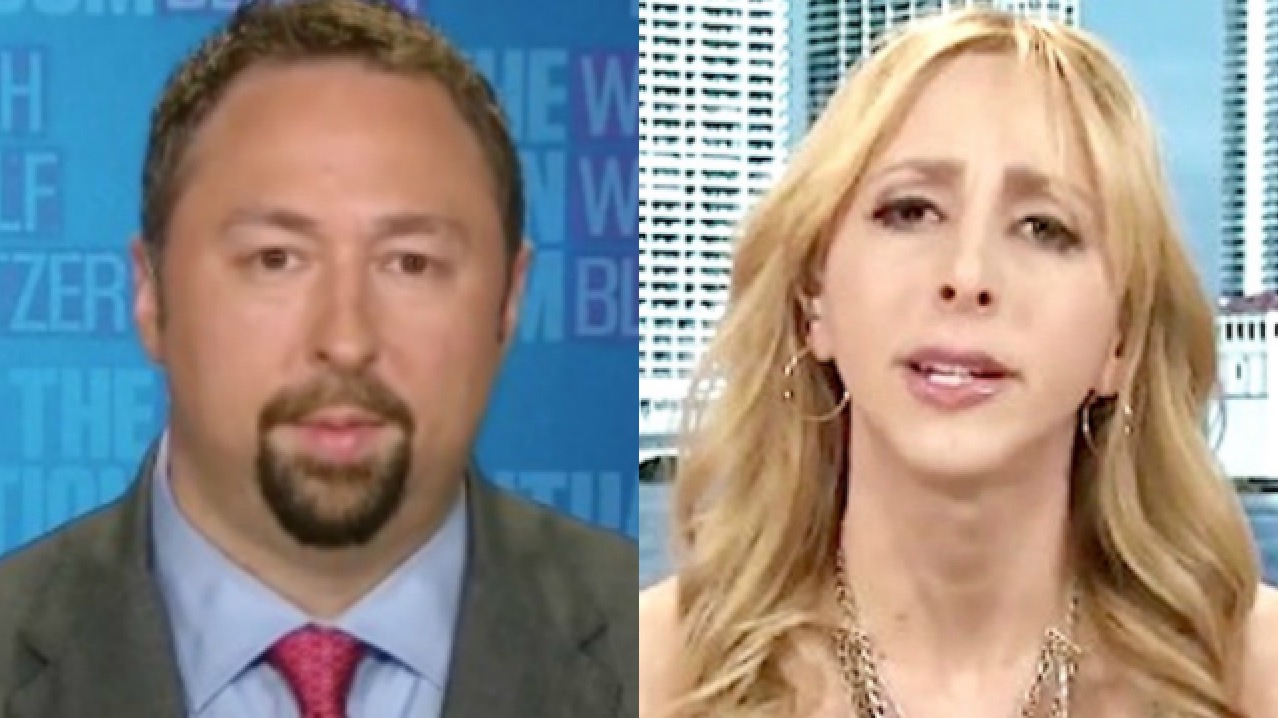 Page Six reports that Jason Miller — who is married —
fathered the newborn child of Trump surrogate (and former Mediaite columnist) A.J. Delgado. Miller used to serve as Trump’s communications director, while Delgado frequently appeared on news shows to talk up the mogul before he became president.

Miller and Delgado — who visited a Las Vegas strip club just before the last 2016 presidential debate — both worked on Trump’s presidential transition team through the fall. Miller was expected to continue his role by becoming the White House’s Communications Director, but ended up declining the job, saying that his wife was about to give birth and he wanted more more time with his family. Miller’s wife gave birth in January, and he currently appears frequently on CNN as a pro-Trump commentator.

Months ago, Delgado sent out several mysterious tweets suggesting that she and Miller were having an affair. Miller declined his White House job shortly after this happened, and Delgado mostly went silent until she announced the birth of her son.

Dear friends: Beyond thrilled to share with you that I'm now the proud mother of a beautiful son (!), William!!! Born 7/10

Miller confirmed the boy was his earlier this week, saying “My wife and I, along with our two daughters, are excited to welcome William into the world and into our family, and we appreciate the well wishes we’ve received from so many.”

The report says Miller and Delgado have not talked directly since the revelations of her pregnancy, and their communication occurs through their lawyers.