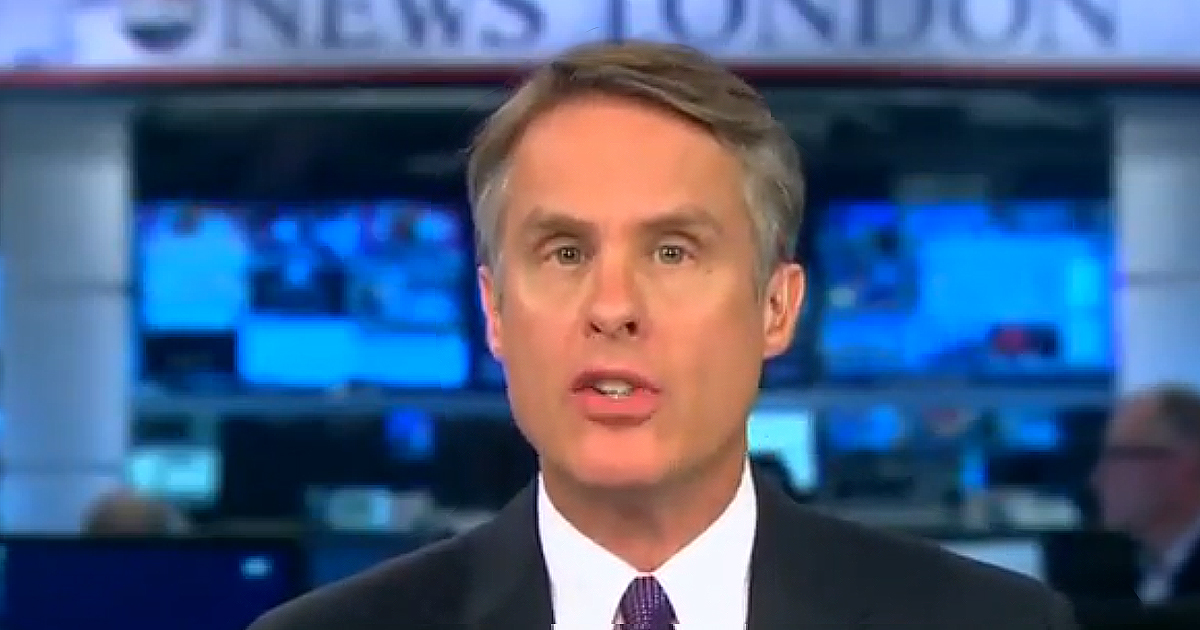 Fox News Channel’s Shannon Bream made a decision on the night that Donald Trump nominated Brett Kavanaugh to the Supreme Court: to move her live shot away from the screaming protesters who had gathered to object to whoever Trump picked.

Shannon Bream, who is a woman, said that she did not feel comfortable. ABC’s Terry Moran, who is not a woman, told her her feelings were wrong and stupid. Basically.

I was broadcasting from the SCOTUS plaza until 11:00PM that night. The protests were raucous; chants, posters and bullhorns on both sides. But I found it very democratic, all-American. I saw pro-choice and pro-life demonstrators arguing—passionately but civilly. I felt no threat. https://t.co/7gwTDgUhEG

This reply from Moran probably sold well in his circles — sticking it to Faux News and all that — but it did less well on Twitter. A lot of conservatives objected, but also journalists.

I’m genuinely glad you felt safe. It was a rowdy night out there. I’ve done many a liveshot in the midst #SCOTUS protests, but our team was put in a situation that made us uneasy. We had to make a last minute call about moving the show, and did so out of an abundance of caution. https://t.co/ljkTfY7guZ

“I’m genuinely glad you felt safe. It was a rowdy night out there,” she said reasonably. “I’ve done many a liveshot in the midst #SCOTUS protests, but our team was put in a situation that made us uneasy. We had to make a last minute call about moving the show, and did so out of an abundance of caution.”

Janice Dean got a lot of attention for her response, which we wrote about here.

Hi @TerryMoran congratulations on feeling safe the other night. Just because it didn’t happen to you doesn’t mean it didn’t happen to someone else. @ShannonBream is one of the most honest people I know. You should support other journalists not question them. https://t.co/awl8H9zVEL

This. I thought the same thing. It’s a bad look, dude. https://t.co/L35HshvpqW

Why is @TerryMoran questioning–implicitly or explicitly– whether a woman, or anyone for that matter, felt safe enough to stay? https://t.co/4Mpr0TP0yO

Journalist Joe Concha, columnist with the Hill, made this excellent point about the disparate reception the two networks get.

And here we go. My .02 – Janice Dean is correct and one more point to add: The treatment of an ABC reporter in a protest area like the one in front of the Supreme Court Monday night is going to be far different than what a reporter/anchor for Fox News will experience. https://t.co/pvL5NXuaST

And there were a lot more.

I was there. Of course YOU felt no threat. The same reason women felt no threat marching at the #womensmarch but families didn’t feel safe attending the inauguration the day before because of threats of violence. https://t.co/E9gfRP1gmd

“They weren’t screaming at ME,” mansplained the old dude https://t.co/JPobEIk9Pr pic.twitter.com/Tr3QqOrJG4

Why did an ABC News reporter go out of his way to try and belittle another reporter who felt threatened while offering zero evidence that he witnessed what happened to her? Seems like a crappy thing to do. https://t.co/LfXoglY1ST

The sense of safety one can derive from having White Male Privilege https://t.co/K4KNgntQn4

You mean you weren’t harassed and called a blonde bimbo? Weirdhttps://t.co/hPg57oCoXv

I was talking about this with my wife yesterday.

The #MeToo movement is supposed to believe women when they say they were threatened, right? Why is this different?

We don’t demand absolute proof in other events. Why the double standard?@ShannonBream https://t.co/N47BhX6i6M

Is this some of that White, Male Privilege we keep hearing about? https://t.co/8FPn5FChWM

You’re male and on their side. She’s a woman, and seen as the ‘enemy’…are we really going to pretend she had no reason to feel less safe than you felt?

So? She was called names and didn’t feel safe. How you felt is irrelevant. https://t.co/EY3Ns8XbYc

Hmmm… seems like your mansplaining what You thin Shannon should have done. https://t.co/DnamZbbzWm

Of course, Moran has his supporters, too.

@foxnews you have punch of pansies working there. LMAO https://t.co/2Pd2zC9evx

In case you were wondering, Moran wasn’t quite finished when he simply called Bream a liar and explained why her feelings were dumb:

Yes. @CokieRoberts. But, then, she’s from New Orleans.