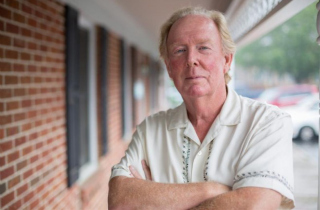 One popular advice columnist has received a harrowing order from his local attorney general: Stop publishing your column in our state or face fines and jail time.

North Carolina-licensed family psychologist John Rosemond, whose syndicated writings appear in more than 200 newspapers, is being told by the State of Kentucky that he is a criminal because his column’s tagline claims he is a psychologist.

Why is that illegal? Well, the state’s attorney general accuses him of engaging in the “unlicensed practice of psychology” because he dishes psychological advice in a newspaper setting without being licensed by the State of Kentucky.

Despite Rosemond having published more than a dozen books on parenting and having laid claim to the “longest-running” advice column in America (he began syndicating in 1978), a local psychologist took issue with one column and notified the Kentucky Board of Examiners of Psychology. As licensing boards are wont to do, they deemed Rosemond an unfair competitor and proceeded to go after him using the arm of the state.

It’s unclear why the state believes the First Amendment’s freedom of the press protections do not apply for Rosemond’s ability to truthfully declare himself a family psychologist while advising parents, via a syndicated column, to do things like take away their child’s cell phone privileges as punishment for bad behavior. Like his advice or not, censoring Rosemond’s free speech would be akin to telling Dr. Phil, Dear Abby, or Dr. Oz they cannot voice medical advice based on some technicality.

Rosemond has teamed up with the libertarian Institute for Justice (IJ) to file suit in U.S. District Court for Eastern Kentucky, seeking the prevent the state from enforcing its restrictions on Rosemond’s ability to publish the column within the state and label himself a psychologist. Each act of publishing his column, the suit alleges, could lead to Rosemond paying thousands of dollars in fines and a year in jail. IJ also warns that the same logic under Kentucky’s orders could technically allow them to ban Rosemond’s books within the state.

“The government can’t create a monopoly on parenting advice,” Rosemond said in a press statement, rebuking what he and IJ see as the state licensing board’s attempts to quell free speech. “Everyone has the right to give advice on how to raise children — and, as any parent can tell you, everyone does.”

Watch the video below, via Institute for Justice: