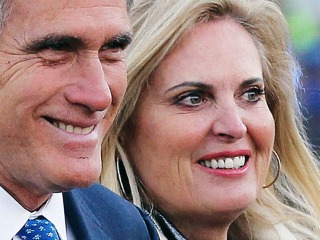 Ann Romney is on Twitter. And she’s not happy. Late yesterday evening Mrs. Romney made her debut after Hilary Rosen, noted democratic strategist, said about her: “[S]he’s never worked a day in her life.” To which Mrs. Romney replied: “I made a choice to stay home and raise five boys. Believe me, it was hard work.”

Now Rosen, a fellow mom, wasn’t just taking a random potshot at Mrs. Romney. She was was referring to the notion that the Romney campaign would be rolling Mrs. Romney out to blunt th the stark reality that he has issues — big ones — with women voters. The Obama campaign has a nearly 20% lead among women voters under 50. And Mr. Romney is so concerned he’s resorted to using dubious statistics to help his cause.

According to him, 92% of the jobs lost during the recession under President Obama’s watch were held by women. What did the nonpartisan site PolitiFact rate such an assertion? Mostly false. Mr. Romney’s fingers are probably still stained from cherry-picking the numbers from the Bureau of Labor and Statistics. By counting job losses from Pres. Obama’s first month in office, January 2009 (the president wasn’t sworn in until the 20th day), up until March 2012, Mr. Romney found that women lost 683,000 jobs while men lost 57,000. Those numbers are true — but they don’t tell the whole story.

Historically men are the first to lose jobs when a recession occurs. The recession started much earlier than the president’s swearing in: From December 2007 between June 2009 men lost 5,355,000 jobs and women lost 2,124,000 jobs. So really it was a matter of time before the recession was going to begin to affect women even more, particularly because they are overrepresented in education and government employment — both industries hit hard by GOP-favored cuts in spending.

One would think Mr. Romney then would favor the Lily Ledbetter Fair Pay Act, which made it easier for women to sue over discriminatory pay practices. He doesn’t. At least not yet. But maybe that’ll change like so many other positions do. He also doesn’t support Planned Parenthood. (At least not anymore, but sure did when he was governor of Massachusetts). While they are a lightning rod for the abortion debate, they also provide an extensive amount of contraceptive needs for low-income women at a time when research shows a 46% reduction in abortions can be attributed to a long-term supply of birth control.

Enter Mrs. Romney to make that critical connection with women voters who just can’t embrace a candidate who has yet to embrace them. But how relatable is Mrs. Romney to the average woman voter? Not very. She had the luxury of staying home to raise her 5 boys. While many women only dream of it, Mr. Romney’s private equity work brought home the millions that financed the reality.

Plenty of women rightfully aspire to spend more time with their children at home, for the purposes of leisure or home schooling. The difference between Mrs. Romney and most of them is that she has the means of support. According to Pew Research Center, in 2009, 66% of women with children 17 and under worked outside the home; of those 74% worked full time. And of those women not working, 34% couldn’t find employment and 17% were laid off their last job.

There’s no doubt Ann Romney is a strong woman. And no one is questioning her character. She’s a breast cancer survivor who was also diagnosed with Multiple Schlerosis in 1998, when her youngest son, Craig, was age 17. But the reality is Ann Romney now has the hardest job she has ever had: convincing people to vote for her husband.