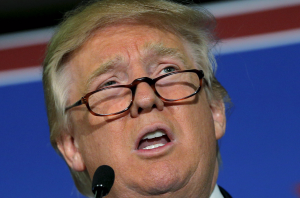 A gay activist, writing anonymously, has written an open letter defending their decision to vote for Donald Trump, saying that progressives have failed to protect American LGBT citizens from the most salient threat: radical Islamic terrorism.

In the letter, which was published in PJ Media on Sunday following an attack at a gay nightclub by an Islamic terrorist that left 49 dead, the author writes that “the events of Orlando have shattered my political beliefs, as I can no longer swear allegiance to a peace-love-and-unicorns progressive philosophy that only helps to get my fellow queers killed.”

Yes, there is a war between religious fundamentalism and the spirit of love and tolerance. But we progressives here in America still labor under the delusion that the religion we need to combat is Christianity. But that’s a strawman opponent, and has been so for decades. Since the 1990s, Christian extremists have essentially lost all their power, and are now toothless nonplayers in the “culture wars.” Meanwhile, Muslim extremists, with guns, murder us, and on the left our only response is to bleat about “Islamophobia” and jump through hoops trying to explain away the self-evident religious motivation for the killings.

The writer concedes, “Yes, I know that Trump is an a**hole, Trump is a clown, Trump is a motormouth buffoon. You don’t have to convince me of that. But he’s also the only person saying anything about putting the brakes on Islamic extremism, and in light of what happened last night in Orlando, suddenly that is the only issue that really matters when it comes to the health, well-being and safety of the queer community.”

The author notes that Trump has stood apart from socially conservative Republicans by consistently shunning homophobic rhetoric and blasts progressives for valuing Muslim lives over those of gays and lesbians.

“I am ashamed. I am angry. And I am sad,” the author concludes. “I don’t want to vote for Trump, but I must. And if you care about the safety of the gay community in America, so must you.”