From the Radical Religious Right, An Outpouring of Sympathy That Rings Hollow 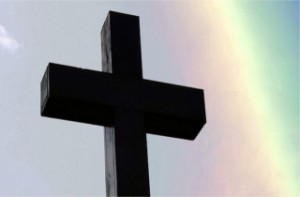 After years of activism and lobbying, promoting the viewpoint that homosexuality is an abomination and that gays and lesbians are predators and deviants not deserving of equal rights, radical Religious Right figureheads and activists sounded a uniformly hollow note when they came out of the woodwork to express their sympathy for the lives lost in the massacre at a gay nightclub in Orlando.

Perkins has been one of the most vocal critics of equal rights for LGBT Americans. He has explicitly linked homosexuality to pedophiles. He has said that promoting the values of marriage equality and the rights of same-sex couples to raise children is an “incoherent, ideological campaign” that causes “havoc in our homes and blood in our streets.”

Bryan Fischer has expressed viewpoints so vile that the American Family Association had to formally remove him from his role as the organization’s spokesperson, though he still hosts a radio show and blogs for them. He tweeted:

To take just one of countless examples of his extremist and spurious views, Fischer has blamed homosexuality (and, in fact, a gay bar in particular) for the rise of Nazism and the Holocaust. “Homosexuality gave us Adolph Hitler, and homosexuals in the military gave us the Brown Shirts, the Nazi war machine and six million dead Jews,” he wrote, and he later clarified that claim by saying, “The Nazi Party was actually formed in a gay bar in Munich, and virtually all of Hitler’s early enforcers in his rise to power were homosexuals.”

Sen. Ted Cruz, one of the most militantly anti-gay Republican candidates, was predictably righteous and hypocritical when he accused the left of insufficiently supporting LGBT rights, saying in a statement:

ISIS and the theocracy in Iran […] regularly murder homosexuals, throwing them from buildings and burying them under rocks. This is wrong, it is evil, and we must all stand against it. Every human being has a right to live according to his or her faith and conscience, and nobody has a right to murder someone who doesn’t share their faith or sexual orientation. If you’re a Democratic politician and you really want to stand for LGBT, show real courage and stand up against the vicious ideology that has targeted our fellow Americans for murder.

Cruz has apparently belatedly come around to denouncing the murder of LGBTQ people now that it suits his political conveniences. This is the same Ted Cruz who sat silent on the very same subject when he appeared at the National Religious Liberties Conference event in November (alongside fellow GOP presidential contenders Mike Huckabee and Bobby Jindal). The event was organized by radical pastor Kevin Swanson, who literally introduced Cruz onstage with a speech in which he said that gays and lesbians deserved to be put to death. Afterwards, Cruz shook his hand and went up to the podium and proceeded with his speech about how atheists are unfit to be president. (Five months later, Cruz claimed ignorance about Swanson’s belief in capital punishment for gays and lesbians, despite the bevy of media attention.)

It would be shameful and vulgar of me to conflate dissent with murder, or to blur the lines between activism and terrorism. There is a universe of difference between using courts of law and the political process to challenge people’s civil rights and using a gun to slaughter them where they stand. But perhaps we can also acknowledge that no religion holds a monopoly on the rhetoric of radicalism, and I hope it is not so unthinkable to insist that we treat gay, lesbian, bisexual, transgender, and queer people like full and equal human beings all the time — and not simply when tragedy occurs.