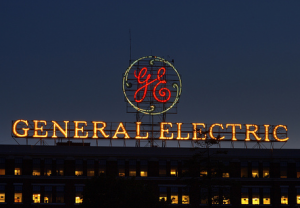 As The New York Times reported, it was a banner year for G.E.–$14.2 billion in worldwide profits last year, including $5.1 billion in the United States, and a federal tax bill of exactly zero dollars. Pretty interesting story, and it’s sparked a lot of debate (even a Twitter feud between G.E. and The Times), but somehow it didn’t quite fit the bill when the folks at NBC News sat down to pick stories for the network’s flagship newscast, NBC Nightly News.

“This was a straightforward editorial decision, the kind we make daily around here,” Lauren Kapp, spokeswoman for NBC News, told The Washington Post.

Is it significant at all that one of NBC’s corporate owners is General Electric?

As the Post’s Paul Farhi notes, the G.E. tax story did get a few fleeting mentions on MSNBC and CNBC, but not a word on NBC:

But to others, NBC’s silence looks like something between a lapse and a coverup. The satirical “Daily Show” on Monday noted that “Nightly News” had time on Friday to squeeze in a story about the Oxford English Dictionary adding such terms as “OMG” and “muffin top,” but didn’t bother with the GE story.

Ignoring stories about its parent company’s activities is “part of a troubling pattern” for NBC News, said Peter Hart, a director at Fairness & Accuracy in Reporting (FAIR), a liberal media watchdog group that often documents instances of corporate interference in news. He cited a series of GE-related stories that NBC’s news division has underplayed over the years, from safety issues in GE-designed nuclear power plants to the dumping of hazardous chemicals into New York’s Hudson River by GE-owned plants.

As FAIR’s Peter Hart writes, it’s very curious. Imagine if a different company were involved. If you changed the name to Citibank or Goldman Sachs, would NBC be interested in the story then? I suspect they would be.”