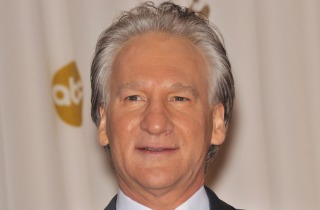 Students at University of California Berkeley are protesting Bill Maher‘s planned speech at a graduation ceremony in December over what they describe as his “racist and bigoted” views on the Muslim faith. In the past few weeks, Maher’s views on Islam have gotten a lot of attention in the past few weeks. The HBO host contends that Islam is uniquely violent in a way that other faiths are that explains why so many Muslim nations have majorities supporting things like stoning women or the death penalty for apostasy.

One UC Berkeley student set up a Change.org petition (with a little over 1800 signatures as of this posting) to stop Maher from speaking in December. Here’s part of the argument for why Maher shouldn’t be allowed to speak:

Bill Maher is a blatant bigot and racist who has no respect for the values UC Berkeley students and administration stand for. In a time where climate is a priority for all on campus, we cannot invite an individual who himself perpetuates a dangerous learning environment. Bill Maher’s public statements on various religions and cultures are offensive and his dangerous rhetoric has found its way into our campus communities.

It goes on to cite a few quotes of Maher’s they claim are “hate speech.” Some of them, however, have nothing to do with Islam. For example, one example of such hate speech from Maher is when he made an appeal to “rational people, anti-religionists” to assert themselves and to moderately religious people who need to realize religion “comes at a terrible price.”

That is apparently considered hate speech.

Here’s a few other comments from people who don’t want Maher at Berkeley:

The petition, by the way, was authored by two members of the Middle Eastern, Muslim, and South Asian Coalition who put forth this argument against Maher being allowed to speak:

“(Jon) Stewart and (Stephen) Colbert are critical of religion, too, but Bill Maher has, on several occasions, said to rise up against religious people and religious institutions and take action.

(For the record, the president of UC Berkeley College Republicans has absolutely no problem with Maher being allowed to speak.)

You might recall that mere months ago, Brandeis University backed out of giving an honorary degree to Ayaan Hirsi Ali, a prominent critic of Islam, for her views on the Muslim faith. Maher came to her defense and said liberals are far too politically correct to dare criticize Islam.