Bill O’Reilly Slammed for Tweet on Ginsburg After Surgery: Replacement ‘Inevitable and Soon, Bad News for the Left’ 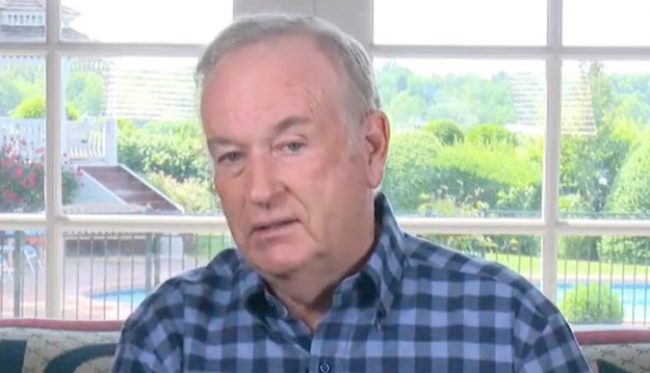 Bill O’Reilly got slammed on Twitter Friday afternoon for his reaction to news of Justice Ruth Bader Ginsburg‘s surgery to remove cancerous nodules in her lung.

Justice Ginsburg is very ill. Another Justice appointment inevitable and soon. Bad news for the left.

This attempt at analysis, however, was blasted for tastelessness:

What an awful thing to say.

My best wishes and hopes to Justice RBG for her swift recovery. As she has shown again and again, she is tough as nails. https://t.co/CNJS9f0fVi

This is not how a healthy human being talks about a fellow human being.

You are sick, dude, which is why you had to pay millions of dollars to the females who were unfortunate to work for you. https://t.co/ASwPqZuhC0

How very Christian of you.

You didn't think this tweet through, did you? https://t.co/4hfh3gnX1X

She's beat cancer twice. Wishing ill on the health of your political adversaries is tasteless. Buzz off, Bill. https://t.co/5IIVw3eWYs

Could've tried to hide your glee there, Billy. https://t.co/okVsRN0ohc