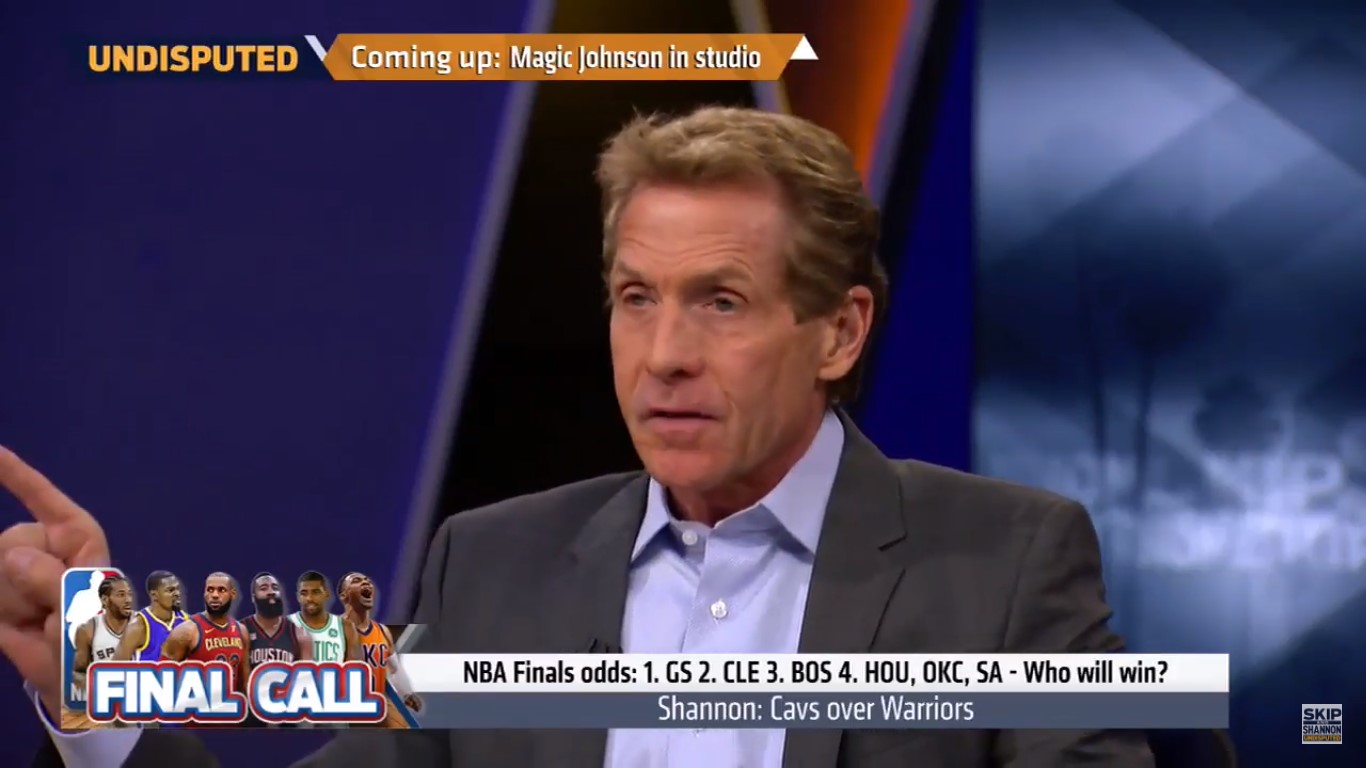 Skip Bayless built his career conjuring up fiery-hot takes at a second’s notice — from “Tim Tebow is the next Brett Favre!” to his policy against drafting white Americans in the first round, the FOX Sports host is full of edgy opinions.

While the internet normally just laughs off the trollish sports commentator, after his most recent cockamamie mind-vomit — in which he made a LeBron joke over Gordon Hayward’s disturbing injury — Twitter was fed up with his usual bullshit.

“If Gordon Hayward is gone, maybe for the season, LeBron’s path to losing a sixth finals gets even easier,” tweeted Bayless — mere minutes after Hawyward suffered the gruesome, excruciating ankle fracture.

Twitter responded with a flurry of insults, countless slams, and genuine disgust. Bayless was hit with an underrated-ratio (when a reply to a tweet does significantly better than the original tweet) by NBA player DeMar Derozan and was even trashed by two of his FOX Sports colleagues, Jason Whitlock and Doug Gottlieb.

If Gordon Hayward is gone, maybe for the season, LeBron’s path to losing a sixth finals gets even easier.

What’s wrong with this world? A jerk like @RealSkipBayless makes $4 million/year to be an insensitive, opportunistic bleeping you know what https://t.co/T14lZ87d7t

You’re a clown for that tweet after a man gets hurt with a potential career ending injury! Shit bigger then basketball!

Not sure why @FS1 wants him on board. Ratings suck, Skip is awful. pic.twitter.com/zbrfAnniwl

In the category of gruesomely inappropriate hot takes following a gruesome injury in sports, the answer is always, Who is @RealSkipBayless. https://t.co/MgriaqgsIw

I honestly thought it was the onion. https://t.co/y22xWrSyG8

Skip, give it a day. Guy just broke his leg on national tv during his first game in Celtic Green. https://t.co/CEqzyeU3Ji

It’s a “fact” that LeBron is going to lose in the Finals? OK, kiddo. Go search for some humanity. No need to follow me any longer.