Boy Who Came Back From Heaven Alex Malarkey Admits Lie

Boy Who Came Back from Heaven: ‘I Did Not Die. I Did Not Go to Heaven.’ 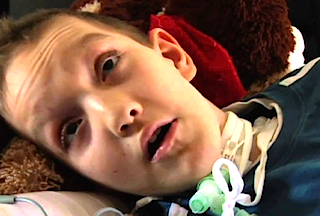 In 2004, a little boy named Alex Malarkey was in a car accident that left him paralyzed and in a two-month coma. Six years later, he and his father, Kevin Malarkey, co-wrote the New York Times bestseller, The Boy Who Came Back from Heaven: A Remarkable Account of Miracles, Angels, and Life beyond This World

, which claimed to be the “true story” of his son’s experience in heaven.

Now, the teenage Alex Malarkey has admitted that he made the whole thing up.

This week, he published the open letter below to Lifeway Books, the company that has made a business out of “heavenly tourism” with this book and others, on pulpitandpen.org:

Please forgive the brevity, but because of my limitations I have to keep this short.

I did not die. I did not go to Heaven.

I said I went to heaven because I thought it would get me attention. When I made the claims that I did, I had never read the Bible. People have profited from lies, and continue to. They should read the Bible, which is enough. The Bible is the only source of truth. Anything written by man cannot be infallible.

It is only through repentance of your sins and a belief in Jesus as the Son of God, who died for your sins (even though he committed none of his own) so that you can be forgiven may you learn of Heaven outside of what is written in the Bible…not by reading a work of man. I want the whole world to know that the Bible is sufficient. Those who market these materials must be called to repent and hold the Bible as enough.

As of Friday morning, the book can no longer be found on LifeWay’s website. Another major Christian book publisher, Tyndale House, also announced it will stop selling the book and “related ancillary products” after Malarkey’s admission.