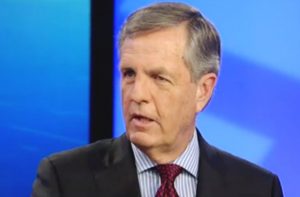 Because he was listed as an inch shorter earlier. Please. BTW, I’m the same height and am a bit overweight at 190. He looks to me about 50 pounds heavier than I am.

oh man we are closer than ever to Fox News personalities fulfilling my fantasy of aggressively defending the size of Trump’s penis, please don’t stop https://t.co/Xw1AvOW58q

You may be having fantasies about Trump’s penis, but I can assure you I am not. You’ll need to look elsewhere. https://t.co/x0wJ83zuKD

Twitter quickly joined in on late night fun. Here are some notable reactions:

Brit … thanks for sharing https://t.co/VCivOIpD9K

WHAT A TIME TO BE ALIVE https://t.co/QdPmOi2SEe

“I, Brit Hume, am in no way thinking about the president’s penis. Never, never do I fantasize about him standing before me, naked in all his glory, his masculine musk shimmering off him like heat off a pavement, my eye drawn to his massive and powerful and erect c