Derek Jeter is on a long farewell of sorts (this is his final season playing for the Yankees), and so at tonight’s game he got a huge standing ovation. CBS News has a report on that moment, but their tweet for the report got one teeny tiny little detail wrong. 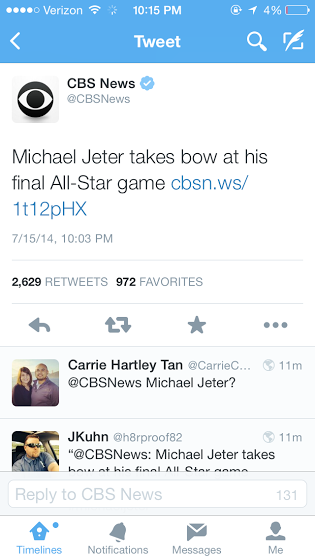 CBS, of course, posted a correction soon after.

But alas, it was too late. In came the tweet-mocking…

How can Michael Jeter be considered a legend if he's been telling us his name is Derek all this time?

Peter Cronkite is turning over in his grave. RT @markdubya: Michael Jeter? pic.twitter.com/7btnuwXaTK

Michael Jeter > Derek Jeter. But the media never talks about it because of East Coast bias.

Oh, and this happened.