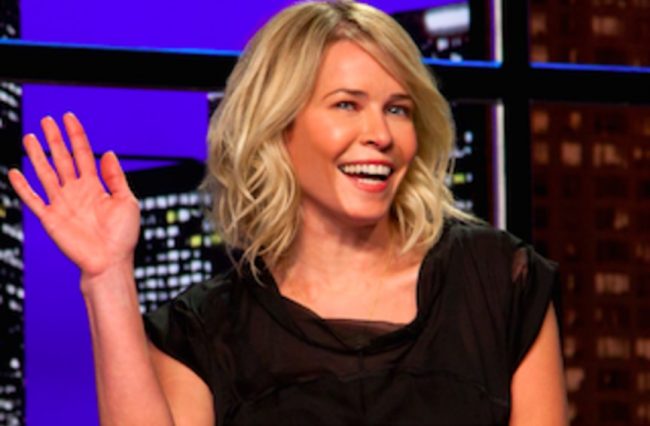 Handler the former host of the E channel’s Chelsea Lately wrote about two Chinese tourists arrested in Berlin for making Nazi salutes. She then suggested wistfully that it would be “nice 2 have laws here for people who think racism is funny.”

2 Chinese guys were arrested in Berlin for making nazi salutes. Wouldn’t it be nice 2 have laws here for people who think racism is funny?

In recent months Handler has made a name for herself with increasingly sharp political commentary. She had probably the most brutal takedown of Roger Ailes after his death earlier this year and she publicly broke down and cried after the loss of Hillary Clinton (surely along with many of her fans.)

The criminalize racism Tweet, however, is a serious misstep for Handler — especially given that it would target sharp elbowed comedians like herself. The irony was pointed out by the American Enterprise Institute’s Christina Hoff Sommers

Pease re-consider. Would you want to see Mel Brooks arrested?