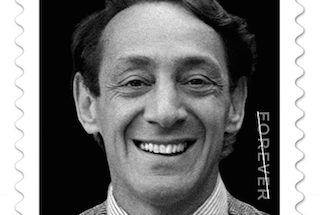 This month, the United States Postal Service made Harvey Milk the first openly gay elected official to have his face grace a postage stamp. Now, one of the country’s most prominent fundamentalist Christian organization has declared it will not be accepting any mail sent using the new stamp.

The American Family Association put out a press release this week with the title, “A drag queen was behind USPS Harvey Milk stamp.” After moving past the fact that a “self-described drag queen (a biological man with implanted breasts) and former transsexual prostitute” had lobbied to get Milk on the postage, the group let its views on San Francisco Board of Supervisors member, who was assassinated along with the city’s mayor in 1978, be known:

Honoring predator Harvey Milk on a U.S. postage stamp is disturbing to say the least. Harvey Milk was a very disreputable man and used his charm and power to prey on young boys with emotional problems and drug addiction. He is the last person we should be featuring on a stamp.

The AFA then submitted these instructions to those who felt the same:

What you can do…

1. Refuse to accept the Harvey Milk stamp if offered by your local post office. Instead, ask for a stamp of the United States flag.

2. Refuse to accept mail at your home or business if it is postmarked with the Harvey Milk stamp. Simply write ‘Return to Sender” on the envelope and tell your postman you won’t accept it.

Something tells me the AFA is about to get a whole lot of hate mail with Harvey Milk’s smiling face in the upper right-hand corner of the envelope. Unfortunately, due to their strict new policy, they will never see the contents.