If you say the Super Bowl, you may have seen Coca-Cola’s #MakeItHappy commercial. Coke infects the global internet apparatus and the web becomes a much happier place, devoid of all hate. And while this actually gave off kind of a creepy Big Brother “Coke will make you be happy on the internet” vibe, the soft drink company decided to go one further with a Twitter campaign turning hate into positivity.

Most people have been using it to troll:

@BobbyIlliamson We turned the hate you found into something happy. RT to make people :) http://t.co/4cbT0qpc3j pic.twitter.com/E0Rud82BWm

@LukeSieve We turned the hate you found into something happy. RT to make people :) http://t.co/A2y0IHa1Mo pic.twitter.com/TY5yQf6rAs

But perhaps the pinnacle of Coke-trolling came from Gawker, which decided to create a Twitter account for the sole purpose of tweeting out, line-by-line, the entirety of Mein Kampf. The reply tweets have been deleted, but Gawker preserved them for posterity: 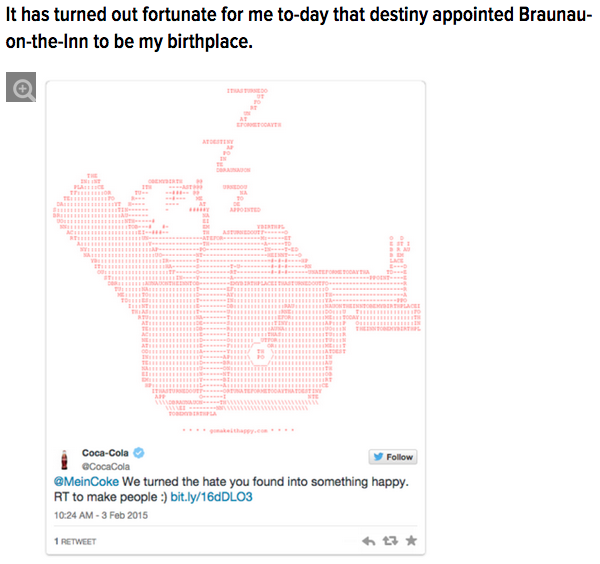 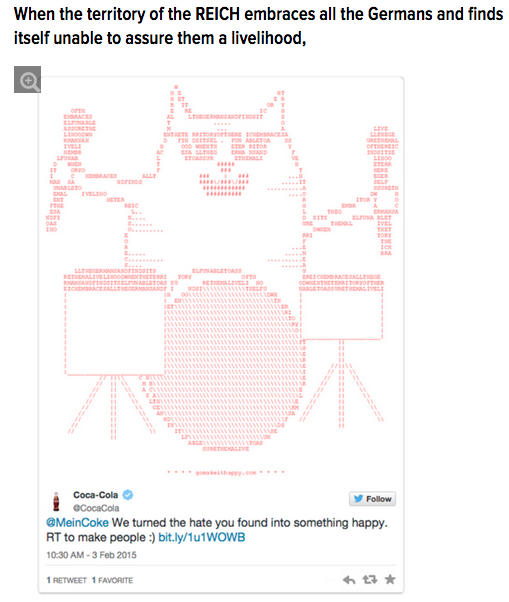 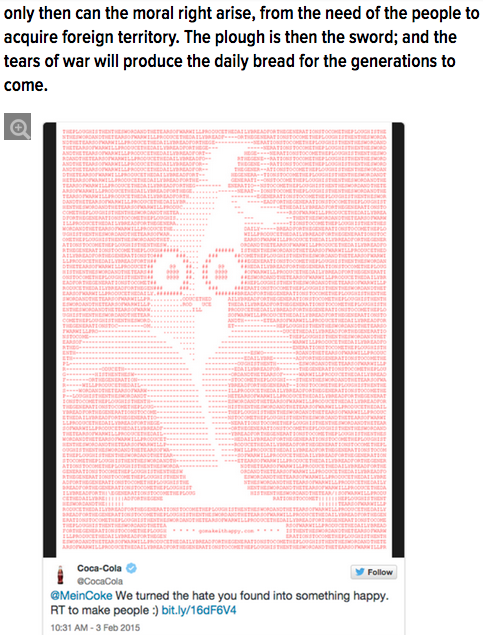 Gawker editor Max Read wrote that there’s a serious problem with the campaign, namely that despite trying to happy things up, their intent is to do so with some pretty hateful shit.

And as of today, Gawker is no longer happy-ing up people’s tweets. And Coke has a statement out scolding Gawker for ruining everything:

The #MakeItHappy message is simple: The Internet is what we make it, and we hoped to inspire people to make it a more positive place. It’s unfortunate that Gawker is trying to turn this campaign into something that it isn’t. Building a bot that attempts to spread hate through #MakeItHappy is a perfect example of the pervasive online negativity Coca-Cola wanted to address with this campaign.