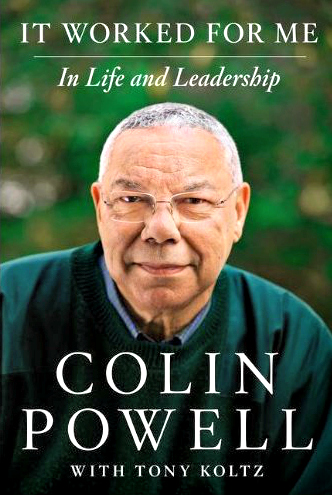 In his new book, former Secretary of State Colin Powell confirms that there was no serious debate within the George W. Bush administration during the 2003 run-up to the war with Iraq.

In one chapter of the book, obtained in advance by the Huffington Post, Powell writes about his well-known 2003 speech before the United Nations in which he presented what was later found to be misinformation about Iraq’s possession of weapons of mass destruction. He explains that by the time he delivered that speech, war was already imminent.

“By then, the President did not think war could be avoided,” Powell writes. “He had crossed the line in his own mind, even though the NSC [National Security Council] had never met — and never would meet — to discuss the decision.”

In hindsight, Powell describes the speech as “one of my most momentous failures.”

These revelations echo other stories told by former Bush officials in recent years about how the administration had very little internal discussion about the merits of invading Iraq. In 2007, former CIA Director George Tenet admitted in his own memoir that “there was never a serious debate that I know of within the administration about the imminence of the Iraqi threat […] Nor was there ever a significant discussion,” about avoiding war as a means to contain Saddam Hussein’s Iraq.

In the book, Powell also describes how he felt about the Bush White House’s original WMD case. “It was a disaster. It was incoherent,” he writes. “I learned later that Scooter Libby, Vice President Cheney’s chief of staff, had authored the unusable presentation, not the NSC staff. And several years after that, I learned from Dr. Rice that the idea of using Libby had come from the Vice President, who had persuaded the President to have Libby, a lawyer, write the ‘case’ as a lawyer’s brief and not as an intelligence assessment.”

Powell also reveals that he fought Dick Cheney‘s attempts to add “assertions that had been rejected months earlier to links between Iraq and 9/11 and other terrorist acts.”