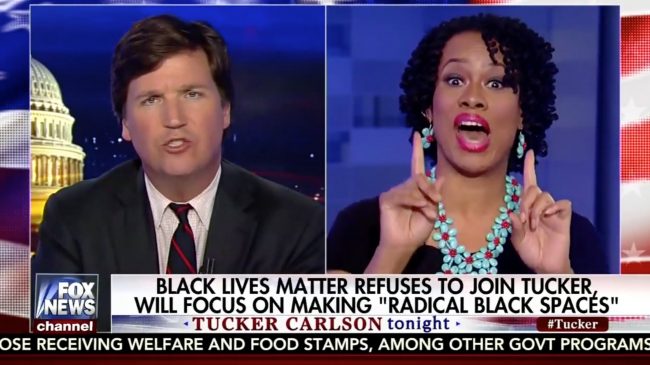 In the wake of the combative segment, which included Carlson calling the professor “demented,” Durden found herself suspended by the college. As of this past Friday, Durden no longer works at the school.

In a statement, Essex County College President Anthony E. Munroe explained that after a “fair and thorough review,” the college had decided they could no longer “maintain an employment relationship with the adjunct.” He also had this to say about Durden’s remarks: “Racism cannot be fought with more racism.”

Following her firing on Friday, Durden told NJ.com that she’s received quite a bit of support from students and faculty and that she believed the school would have her back after her Fox News appearance.

“It should be a safe place for me,” she said of Essex County College. “I thought when I came home from war, I would be safe.” Instead, she said, “I was fired.”

She also said she’s considering legal action against the college for terminating her.