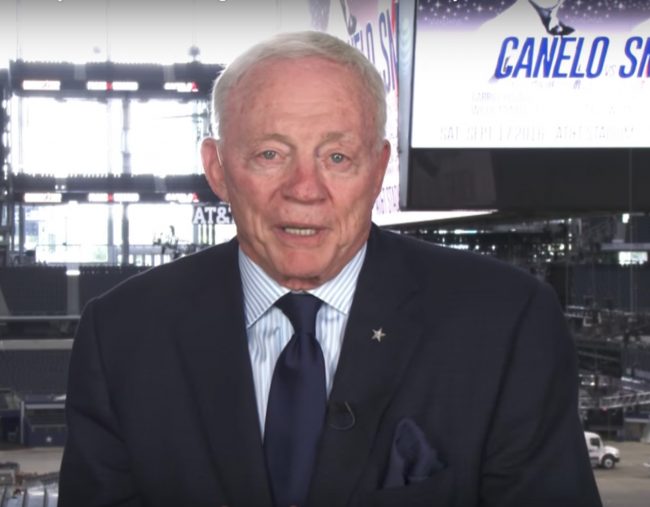 Dallas Cowboys owner Jerry Jones — the NFL’s most prominent and visible team owner — is making a frank, if obvious, admission: The protests are negatively impacting the league’s bottom line.

In comments reported by the Fort Worth Star-Telegram, Jones addressed the issue for the first time since the owners meeting in New York on Tuesday and Wednesday of last week.

“There is no question the league is suffering negative effects from these protests,” Jones said.

NFL ratings across the board were down 7.5 percent from 2016 through Week 6, according to ESPN. The league has zeroed in on the protests against racial and social injustice as a primary cause for the ratings drop.

Jones admitted that Cowboys sponsors have expressed “concerns” about the protests, during which players have sat or knelt for the National Anthem, and said that the league can’t help the players achieve the goals of the protest if people aren’t watching.

“[O]ur ability to be substantive is based on having a strong NFL, a league that people are really interested in and want to watch games,” Jones said. “At all times, if I am anything, I am first and foremost a proponent of making the NFL strong. Making us have as many people watching the game as we can and watching in light of what we are doing and that’s playing football.

“If all this makes you stronger to represent messages, let’s don’t do it in a way that tears down the strength of the NFL.”

ESPN reported that approximately two dozen players across the league took part in the protests during Week 7.

Two dozen NFL players continue to kneel during the National Anthem, showing total disrespect to our Flag & Country. No leadership in NFL!