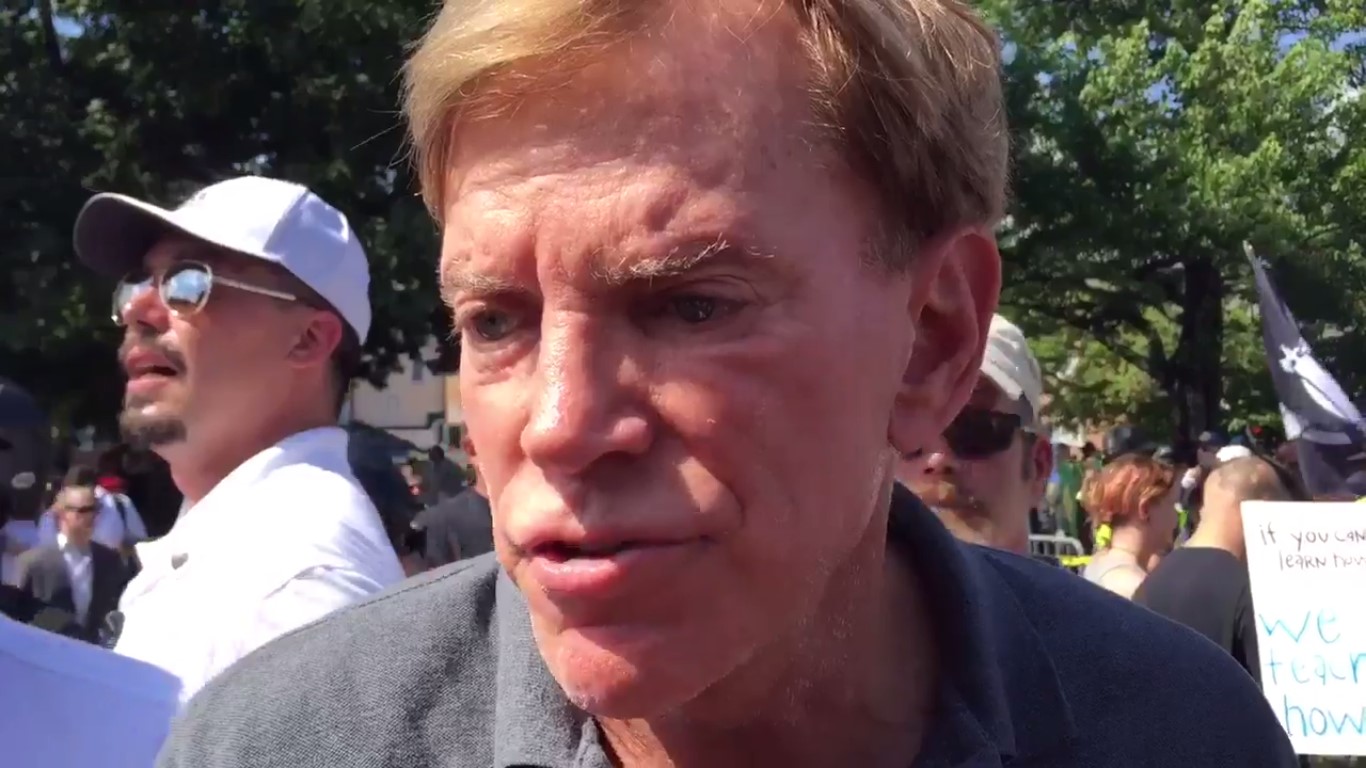 Following today’s crazy press event where President Donald Trump doubled down on his “many sides” comments on the violence in Charlottesville, one man made sure to express gratitude for the president going after the “Alt-Left” and defending the “Alt-Right” — former KKK leader David Duke.

Minutes after Trump wrapped up his remarks today, the white nationalist sent out the following tweet:

Thank you President Trump for your honesty & courage to tell the truth about #Charlottesville & condemn the leftist terrorists in BLM/Antifa https://t.co/tTESdV4LP0

Trump stated that people demonstrating against the taking down of a statue of Robert E. Lee were “protesting quietly,” the people on the left were “vicious” and “violently” attacked the other side, and that “there’s blame on both sides.”

Prior to the “Unite the Right” rally in Charlottesville devolving into chaos, Duke told reporters at the scene that the rally helped to “fulfill the promises of Donald Trump.”